More linemen in Metro Cebu to help in power restoration 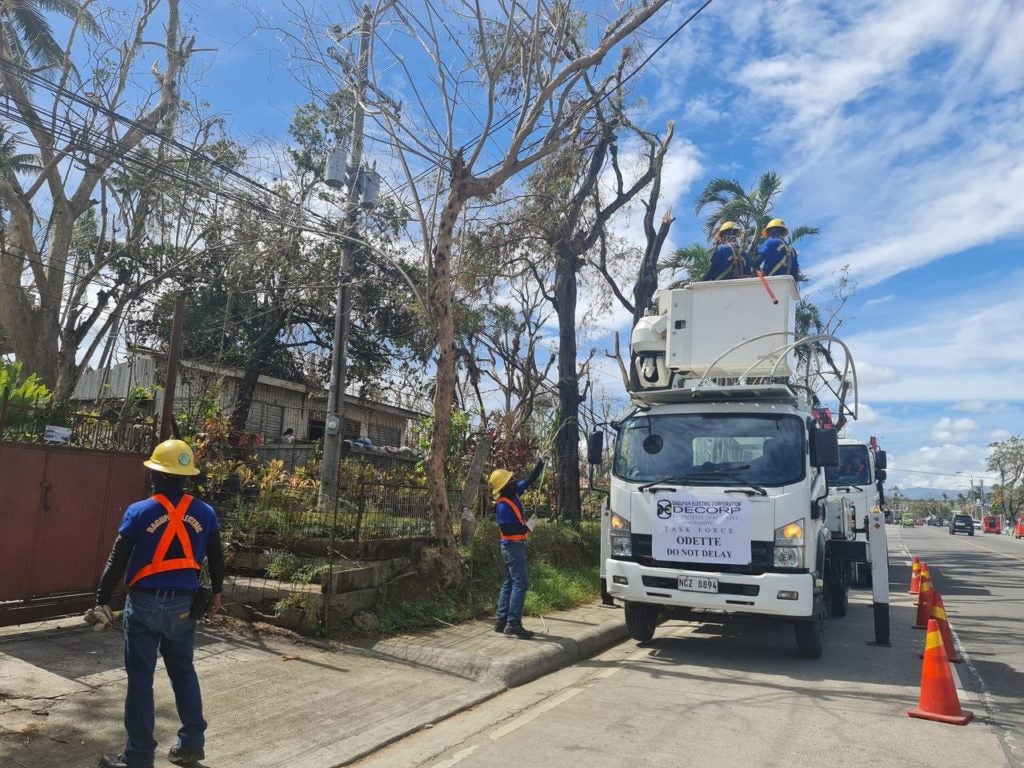 CEBU CITY, Philippines – Visayan Electric on Wednesday, December 29, 2021, has reenergized over 100,000 households in its franchise area as more help from Luzon and Mindanao has come.

The power distributor on Wednesday announced that more linemen were augmented to help them in their restoration efforts in Metro Cebu.

“In this time of crisis, Visayan Electric appreciates all the help we are currently getting from other distribution utilities from all over the country,” the firm said on social media.

The distributor covers at least eight localities in Metro Cebu, from Liloan in the north up to San Fernando in the south.

Visayan Electric also said they have already restored 61.9 percent, or 337 out of 544, of its power line segments in its franchise area.

“Our linemen from Visayan Electric, together with the engineers and crews from various distribution utilities from all over the country, have been working 24 hours a day to clear lines and restore power at the soonest and safest time,” they added.

Visayan Electric initially forecasted that it may restore power in at least 80 percent of its franchise area by January 10.

Full restoration is projected to happen by January 31, provided that the augmented workforce will remain until by that time.

#CDNPaskoSaSugbo: A snappy salute to our hardworking linemen