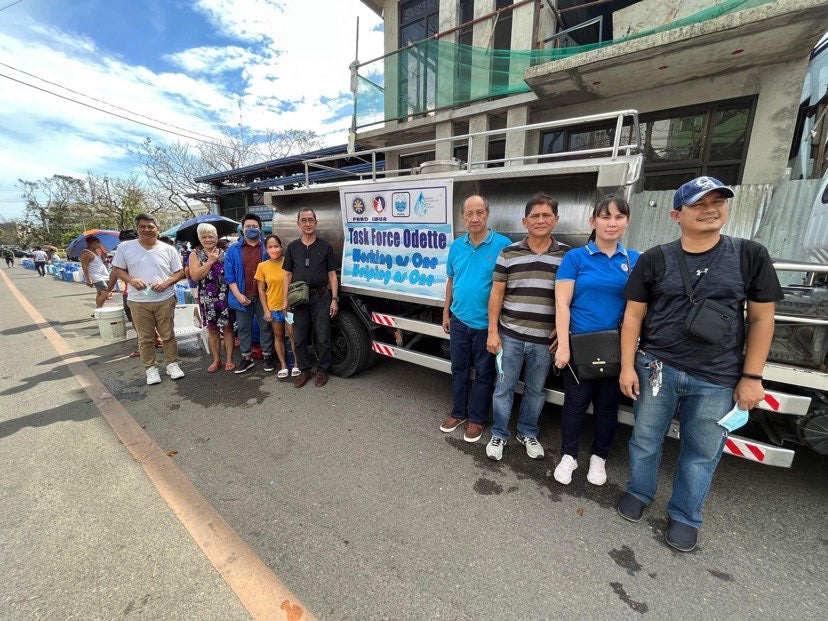 On New Year’s Eve, MCWD reported that they already managed to partially restored water supply in 98 barangays that are located within its service area.

In an advisory, MCWD said that 76 of their 138 production wells are now operational with 42 of these powered by Visayan Electric while the 34 others are powered using generator sets.

MCWD’s service area includes the cities of Talisay, Cebu, Mandaue, and Lapulapu and the towns of Cordova, Consolacion, Liloan and Compostela.

Meanwhile, the Local Water Utilities Association (LWUA) sent its personnel to assess the water situation in Cebu and other provinces in order to determine the kind assistance that they should provide to the water districts.

LWUA Management Advisor Ramon Ordoño was also in Cebu on December 25 to personally lead his team and to see for himself the damage that Typhoon Odette caused.

Task Force Odette, a joint initiative of LWUA, Philippine Association of Water Districts (PAWD) and Philippine Water Works Association (PWWA), in coordination with the Office of the President, also distributed free water to five different barangays that are located within the MCWD franchise area on Christmas Day.

The task force rented five 10-cubic water tankers and deployed these to Barangays Lahug and Cogon-Ramos in Cebu City as well as Jubay, Pitogo, and San Vicente in Liloan town. 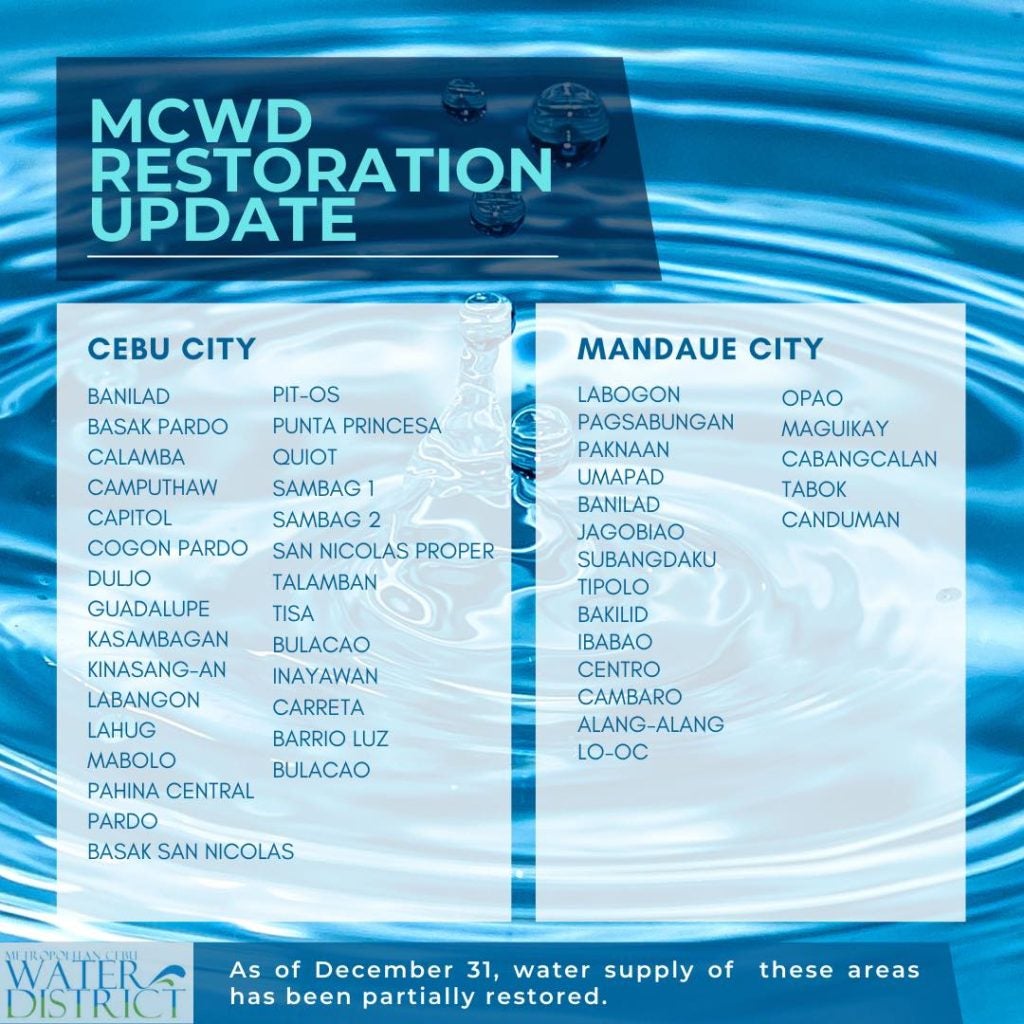 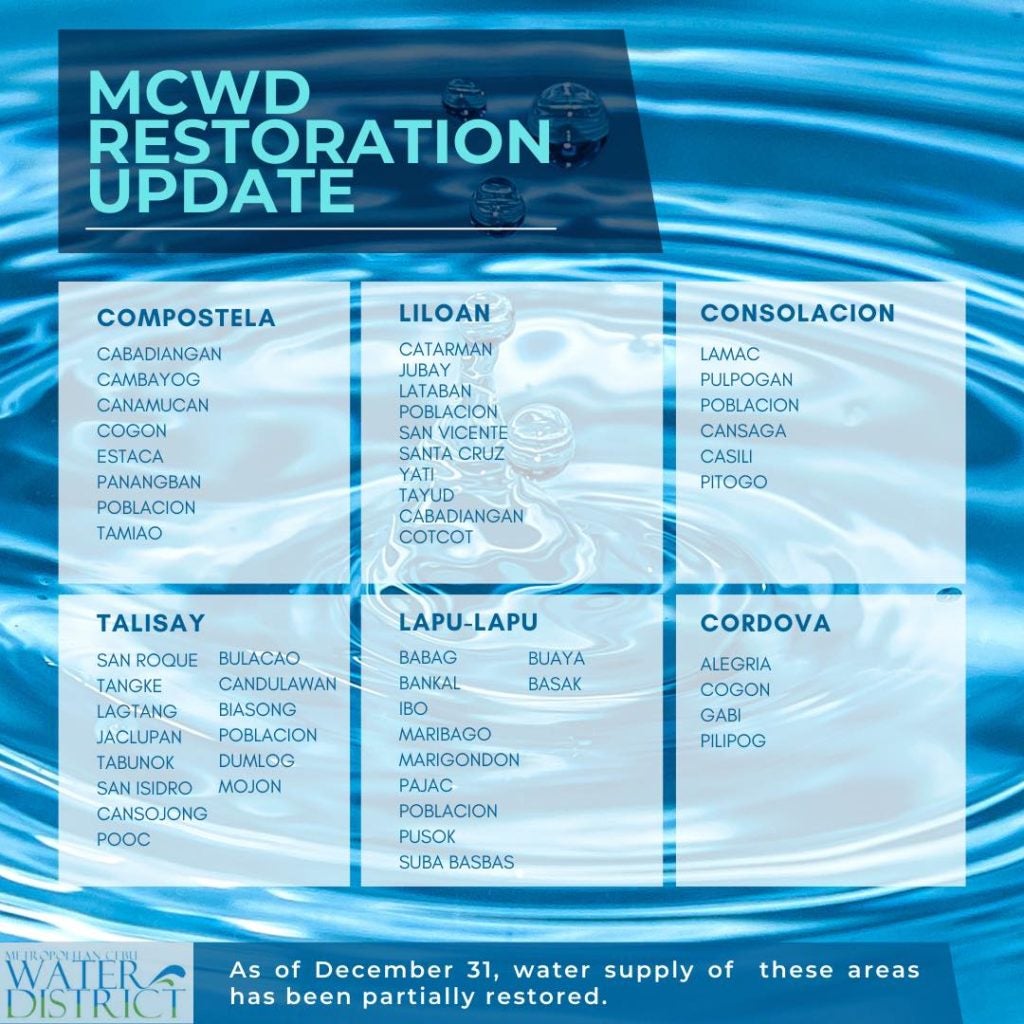