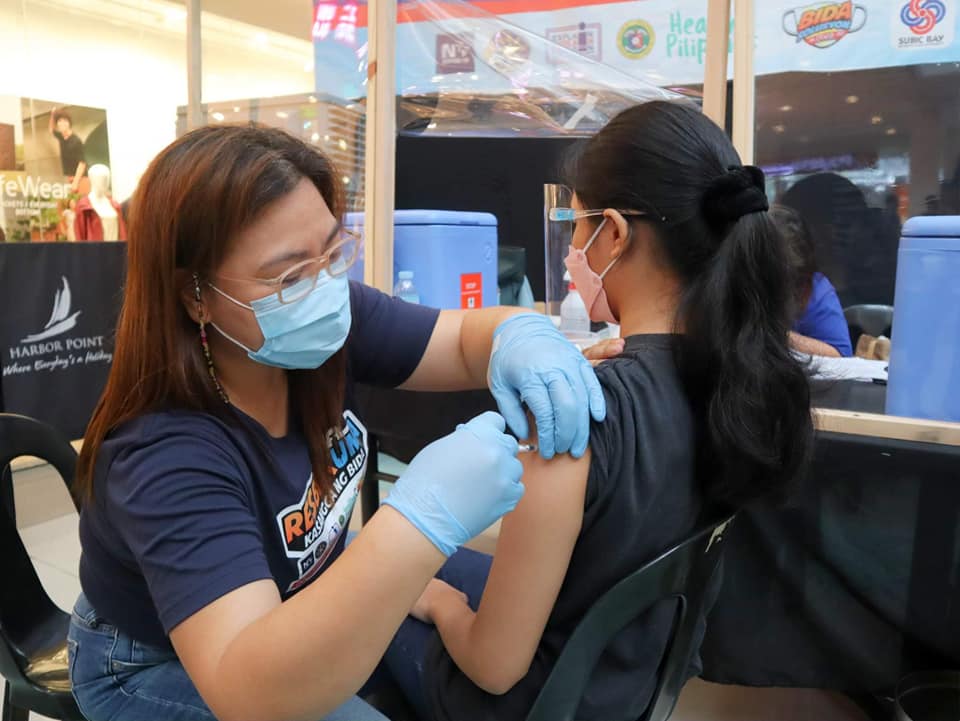 (FILE) A minor is getting her shot against COVID-19 during the pediatric vaccination organized by the Department of Health and the Subic Bay Metropolitan Authority at a mall inside the Subic Bay Freeport. (Photo courtesy of SBMA).

Galvez during the late night broadcast of President Rodrigo Duterte on Monday said the memorandum guidelines would be released within the week, while trainings done by the Department of Health (DOH) for vaccinations will continue.

Galvez, who oversees the COVID-19 vaccination program, said children in the 5 to 11 category will be given doses lower than the ones given to those in the 12-17 category. He said each vaccine dose will only be10 micrograms per dose of 0.2 milliliters.

In contrast, those in the 12 to 17 category were given 30 micrograms per 0.3 milliliters of vaccine.

Also, Galvez assured that the government is more prepared to handle vaccinations now, as they are more experienced, and more equipped to handle two vaccine sites per city in the National Capital Region.

“So we will open both hospital and non-hospital vaccination sites and we will expand the sites further to other regions after one week,” he added.

As of Monday, 57,268,257 individuals in the country have been fully vaccinated, according to Health Secretary Francisco Duque III.

Those fully vaccinated comprise 73.33 percent of the country’s target population to obtain herd immunity.  Also, 59,799,215 have also received a first dose of the vaccine, while 6,298,336 have received booster shots.

In terms of infections, the DOH said Monday that the country has 262,997 active COVID-19 cases — a slightly lower number as only 24,938 new cases were recorded compared to the 35,461 patients who recovered.