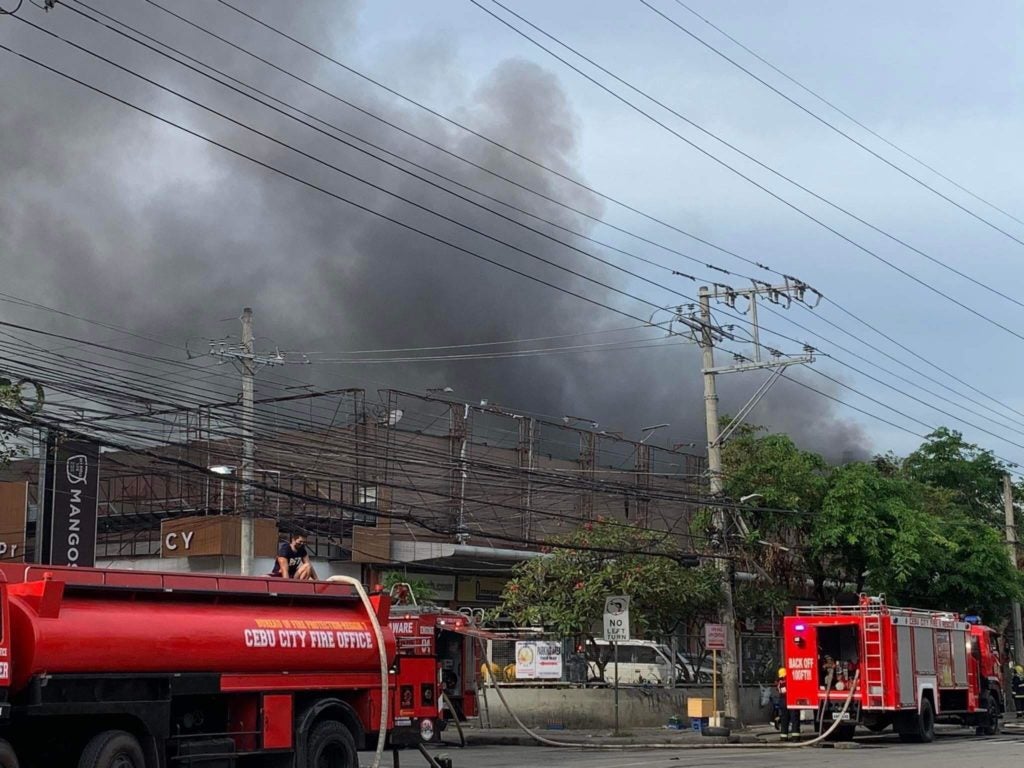 Thick, black smoke can be seen rising from a mall in Barangay Mabolo which was hit by a fire on Friday afternoon, January 28, 2022. | Morexette Marie Erram

CEBU CITY, Philippines— ‘Millions’ worth of properties went up in smoke when an afternoon fire struck a mall located in Barangay Mabolo, Cebu City, on Friday, January 28, 2022.

However, Villanueva said that damage could go up to millions since according to their calculations the mall sits on a 3,000 square meter property with P80,000 worth of damage pegged per square meter.

Villanueva said that based on their initial investigation, the fire started from inside the mall’s food court which is located at the rightmost portion of the establishment.

Fortunately, Villanueva said no one was injured in the fire that lasted for three hours. According to the tenants, all their employees were accounted for while no one was also reported hurt from the side of the responders.

Villanueva said that the mall reportedly has five to six exit points which helped the employees and customers to immediately flee the burning edifice.

A female employee from a cellphone stall that rents space inside the mall said that she was only informed by their manager that a fire has transpired inside.

Mall personnel, she said, tried to put out the fire using a fire extinguisher. However, the fire quickly spread making other employees panic.

The female employee, who begged not to be identified, said she did not hear explosions prior to the fire.

As of this posting, some employees are still waiting outside the mall hoping to recover their belongings left inside.

Others expressed concern if they can still go back to their jobs after the incident.

The mall reportedly has around 70 establishments inside.     /rcg