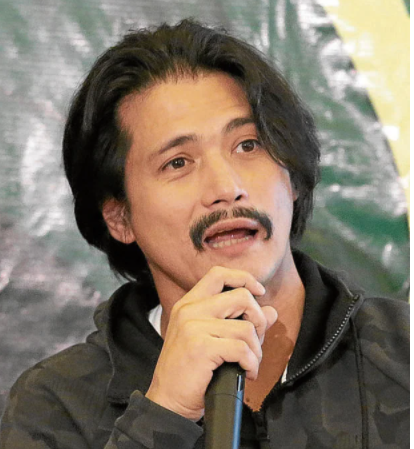 MANILA, Philippines — Actor Robin Padilla, who is running for senator in the May elections, said Thursday that extrajudicial killing or EJK is part of the government’s fight against crime, especially in the battle versus illegal drugs.

Padilla was asked during an interview with ANC’s Headstart about his thoughts on the brutal anti-drug campaign of the current administration and EJKs, which has largely marred the so-called drug war of President Rodrigo Duterte.

(That’s really part of it, the EJK. Andres Bonifacio was the first victim of it. It’s part of it.)

To recall, Bonifacio was tried and sentenced to death for treason on then-President Emilio Aguinaldo’s orders after trying to establish his own rebel government. He and his brother Procopio were killed in the mountains of Marogondon.

READ: The death of Andres Bonifacio

(I saw it. It’s part of it. Whenever there is a change in administration, there should be cleansing. Because everyone who will pinpoint their crime, they would finish it down to the last so it would be clean, so when the administration comes in, it’s clean.)

He likewise claimed Duterte’s war against illegal drugs was the “most successful” because it was able to expose “narco-politicians” as well as generals involved in the illegal drug trade. He said the EJKs due to the anti-drug campaign should not be blamed on Duterte because it has been happening in every administration.

(I hope we don’t blame the EJKs on Duterte. It just so happens that the lens is now on President Duterte because when he speaks he is against human rights but in reality, in my opinion, it is only now that the mask of narco-politicians, generals were stripped and we really want this to end, well, we really need an iron fist here.)

In 1994, Padilla was convicted of illegal possession of firearms. In 1998, then-President Fidel Ramos granted him pardon but it did not restore, in full, his civil and political rights.

However, Duterte granted him absolute pardon or executive clemency in 2016. Padilla is a vocal avid supporter of Duterte.

With this, he regained his civil and political rights, such as the right to vote and seek public office, aside from his right to travel and be issued a Philippine passport.

Running for senator under Duterte’s party, the PDP-Laban, Padilla made it to the so-called Magic 12 in the December 2021 Pulse Asia survey on 2022 senatorial bets.