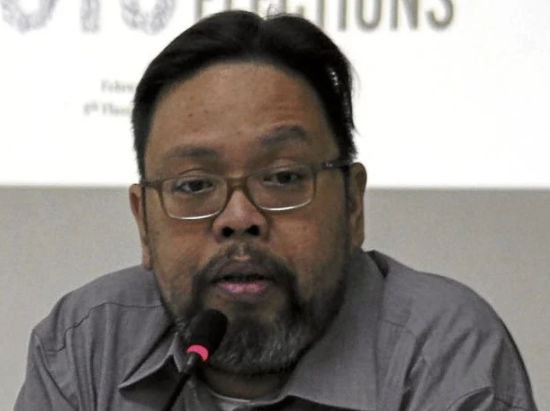 MANILA, Philippines — Commission on Elections (Comelec) spokesperson James Jimenez on Thursday said partisan politics are not allowed in official government functions, after mascots in the likeness of Bongbong Marcos and Sara Duterte-Carpio appeared in a vaccination event.

Jimenez made the reaction after a user on Twitter brought to his attention a “Resbakuna” event in an unspecified area where the Marcos-Duterte mascot appeared.

“Will refer to [DOH] for comment and appropriate action,” Jimenez said in response to the complaint. “Partisan politics has no place in official functions.”

Another campaign event of the Marcos-Duterte tandem where personnel wearing Department of Health (DOH) uniforms was also brought to Jimenez’s attention.

Jimenez said he referred the incident to the regional office of the DOH “for evaluation, appropriate action, and due process.”

In another Twitter post, Jimenez  said that Secretary Francisco Duque III revealed to him that the participants were not DOH staff but barangay health workers (BHW) “who unfortunately wore DOHt-shirts.”

Jimenez quoted Duque as saying: “BHWs are under the [local government units] and the [local chief executives] must be admonished against using BHWs for political ends!”

The Civil Service Commission also states that no officer or employee in the civil service, as well as any member of the military, should participate in electioneering or partisan political activities except from voting.

From DOH Secretary Duque Initial report reveals the participants were not DOH staff but barangay health workers who unfortunately wore DOH t shirts …
BHWs are under the LGUs and the LCEs must be admonished against using BHWs for political ends! @DILGPhilippines https://t.co/azMYbRgX03

This is being referred to the regional office of the @DOHgovph for evaluation, appropriate action, and due process. #votesafepilipinas https://t.co/azMYbRgX03

Will refer to @DOHgovph for comment and appropriate action. Partisan politics has no place in official functions. https://t.co/teEbZ2sKN6

BHWs are under the LGUs and the LCEs must be admonished against using BHWs for political ends! https://t.co/Azp18QhCQG

Read Next
Mactan airport to set a cap of 1,000 arrivals per day for unvaccinated foreigners