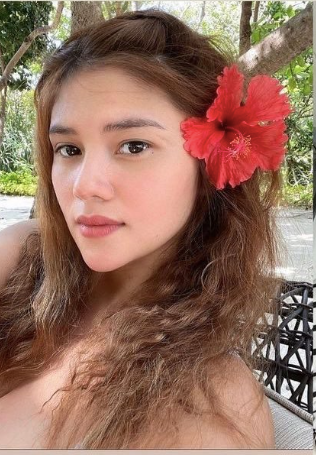 “When you love someone you will never ever harm them.

“This is me saying, you all should be careful out there. I can’t reply to all of you right now but thank you for checking up on me.

I will release a statement soon,” Ana wrote in the caption and uploaded a side-by-side photo of her before and after the incident.Thompson has reportedly been taken to a police station for questioning.

In a report from INQUIRER.net, Tagaytay police confirmed that they had rescued Jalandoni after receiving a call from a hotel in Tagaytay.

Jalandoni reportedly sent a photo of herself while asking for help from her friends, who then alerted authorities.

Jalandoni was taken to an emergency room to undergo treatment of her injuries while Thompson was being processed by the Tagaytay police.

The Philippine National Police (PNP) said on Friday afternoon, it is now in the process of preparing evidence for the possible filing of criminal charges against the Kapamilya star.

If proven, the actor will be charged with violation of Republic Act 9262 or the Anti-Violence Against Women and Their Children law.

“As we celebrate Women’s Month, we couldn’t stress enough the inherent role of the PNP to protect the rights of every woman in society,” the PNP said in a statement quoted in a report from INQUIRER.net.

Meanwhile, Thompson’s management, Cornerstone Entertainment, had yet to receive a formal report about the said incident. The management released a statement:

“We have just been informed that one of our artists, Mr. Kit Thompson, was allegedly involved in an incident that transpired last night in Tagaytay City, Cavite.

“As we have yet to receive a formal report regarding the alleged incident, we could not give a response nor comment on the matter.

However, we request the public to be mindful of casting judgment based on unfounded reports being circulated online.”