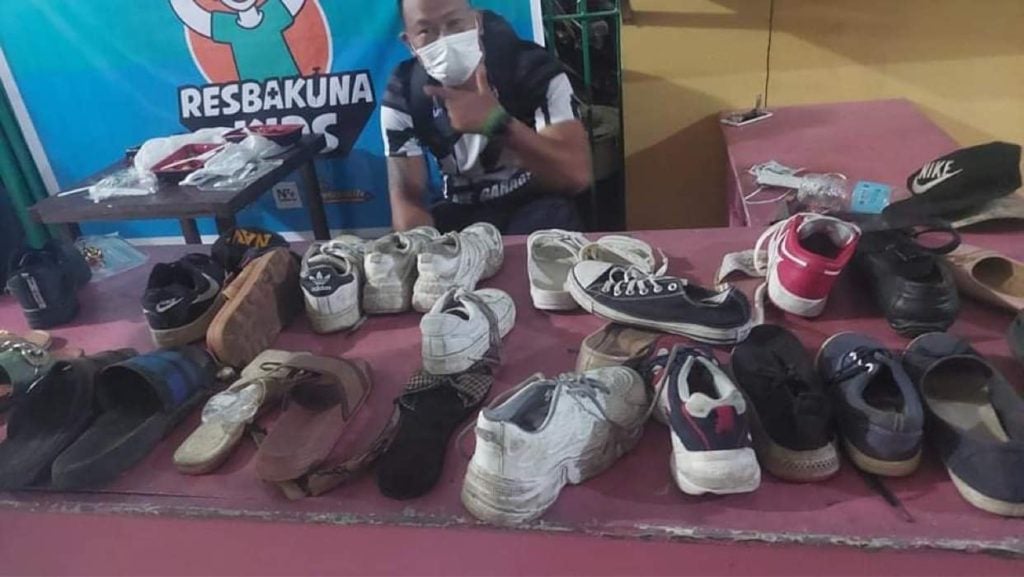 LOOK: Those who may have misplaced their shoes or sandals during the Arat na Cebu Concert may claim these at the Cebu City Sports Center. | Photo courtesy of Gerry Carillo

CEBU CITY, Philippines – A total of 100,000 people congregated inside and outside of the Cebu City Sports Center (CCSC) to attend the first concert held here after two years in lockdown due to the COVID-19 pandemic.

Police in Cebu City reported that an estimated 25,000 individuals flocked to the CCSC to join the Arat na Cebu concert.

But approximately 75,000 more witnessed the event on the streets surrounding the venue, particularly along R. Landon Street, and portions of Osmeña Boulevard and Natalio Bacalso Avenue.

Most of the attendees happened to be young adults, the police added.

Police Lt. Col. Wilbert Parilla, deputy director of operations of the Cebu City Police Office (CCPO), said they only allowed a maximum of 25,000 people inside the CCSC to witness the concert held last Saturday, March 26.

CCSC can only accommodate a maximum of 40,000 people.

Parilla also denied reports that the concert resulted in a stampede, and clarified that no one was reported injured due to the influx of a huge crowd.

The city police deployed at least 250 officers within CCSC for Saturday’s concert.

On the other hand, the police said the concert was, overall, peaceful, adding that no concertgoer was harmed during the entire event.

Cebu City has shifted to the most lenient Alert Level 1 last March 15. Under Alert Level 1, crowd-gathering events such as concerts are allowed.

Read Next
Cebu City gov’t keen to hold another concert