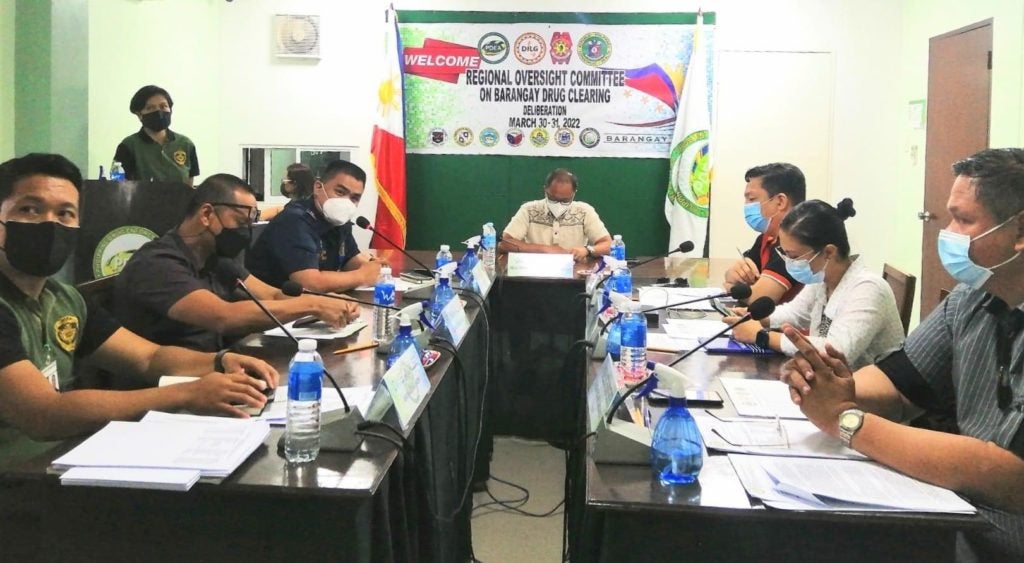 The Philippine Drug Enforcement Agency in Central Visayas has recorded 1,125 drug-cleared and 116 drug-free barangays as of March 31, 2022. | Photo courtesy of PDEA-7

CEBU CITY, Philippines — After 133 barangays  have retained their respective statuses, and 45 applications have been cleared, as of March 31, Central Visayas remains to have 1,125 drug cleared and 116 drug free barangays.

According to PDEA-7’s statement, last March 30 to 31, 2022, the Regional Oversight Committee on Barangay Drug Clearing Program (ROCBDC) for Central Visayas has retained the status of 131 drug-cleared and 2 drug-free barangays.

On March 30, 35 drug-cleared barangays from Bohol; 73 from Siquijor, and 23 from Negros Oriental officially retained their statuses after they sustained their anti-illegal drug efforts in their respective localities.

These barangays were able to keep their efforts in helping agencies prevent proliferation of illegal drug activities in their area. Efforts were validated by PDEA and the Philippine National Police through its regular monitoring and intelligence workshops.

On the same days, 45 barangays also were declared as drug-cleared. This includes Barangay Tingub in Mandaue City and 25 barangays from Cebu province.

“Barangay Drug Clearing Program (BDCP) is a holistic anti-illegal drug strategy aimed at reducing the drug affectation in the country by taking away drugs from the people, protecting the people from the lures of illegal drugs, and minimizing the impact of the drug problem in the community by integrating the support of duty bearers, local leaders, and other stakeholders,” PDEA-7’s statement read.