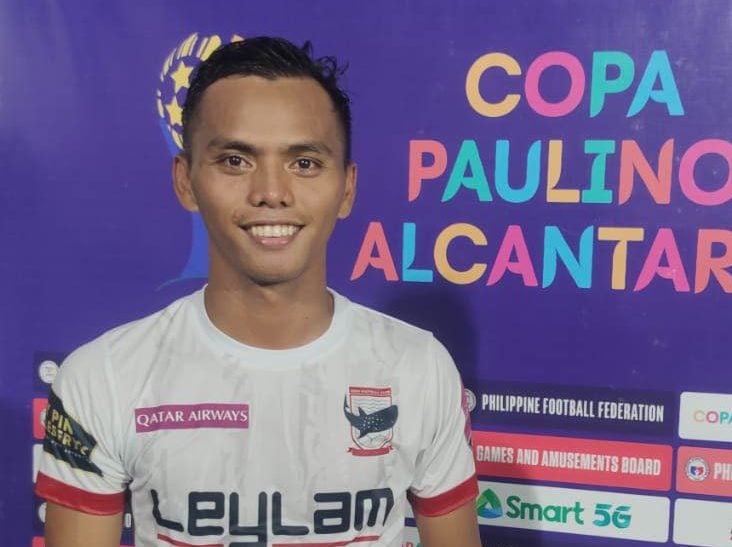 CEBU CITY, Philippines—Cebuano footballer Steven Patalinghug saved the Cebu Football Club (CFC) Gentle Giants from losing against the United City FC by scoring the equalizer that resulted to a 1-1 draw in the Philippines Football League (PFL) Copa Paulino Alcantara last Sunday,  May 8, 2022, at the PFF Training Center in Carmona, Cavite.

It was more than just a goal for CFC since Patalinghug, the 2019 Cebu Schools Athletic Foundation Inc. (Cesafi) men’s football MVP from the University of San Carlos (USC), became the first homegrown and Cebuano player to tally a goal for the club.

Patalinghug, who entered the field as a substitute in the second half, scored the equalizer in the 70th minute while the Gentle Giants held on until the final whistle.

The Gentle Giants survived the match amidst a huge disparity in their ball possession. United City FC had ball possession of 63 percent while CFC had a 37 percent clip.

In addition, United City also showed aggressiveness, making 16 attempts, five of them were shots on target. In contrast, CFC only had five shot attempts with two of them on target.

Although they’ve already booked their semifinal berth, the Gentle Giants need to face the heavily favored Kaya FC Iloilo on May 12 for their last remaining elimination round match.

“Team City United was the most experienced team we’ve gone up against so far, a more experienced and more settled team, that’s why we really prepare for this game. We explained to the players the game plan in preparation for this game. I think it was a good game, but after watching the game, we should have been won,” said Kakil.

“We started working together as a team last 45 days, and that is one area that we have to continue to work on, of course creating chances is good but we want to convert them to more goals.”