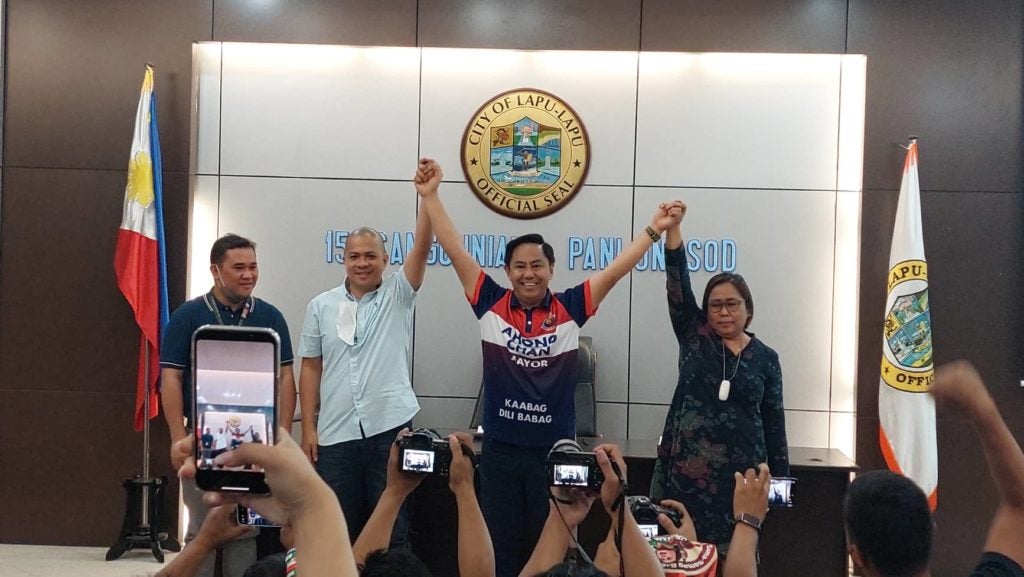 LAPU-LAPU CITY, Philippines — The Lapu-Lapu City Board of Canvassers has proclaimed the candidates under the Team Ahong-Team Libre, led by reelectionist mayor Junard “Ahong” Chan, as winners in the May 9, 2022, National and Local Elections.

Chan’s group achieved a landslide victory against their opponents.

Chan won against lone district representative Paz Radaza of Team Deretso with 160,664 votes against the latter’s 49,535 votes based on the certificate of canvass issued by the Commission on Elections (COMELEC) Lapu-Lapu City.

Twelve of Team Libre’s councilorial bets dominated the elections in the city.

In his message, Chan thanked the Oponganons for their continued support and trust in his administration.

Chan also expressed his gratitude to Radaza for conceding in the election and admitting her defeat. Chan said that he is open to working together with his opponents.

He also acknowledged councilor Rico Amores, who ran for the position of vice-mayor, after he also admitted his defeat against Sitoy.

Chan also urged his opponents to forget their rivalry in the election and help each other for the progress of the city.

He added that he will also focus on regaining the vibrance of the tourism industry, which he described as the “bread and butter” of the city’s economy.           /rcg