PNP to exercise ‘maximum restraint and tolerance’ on 2022 poll protesters 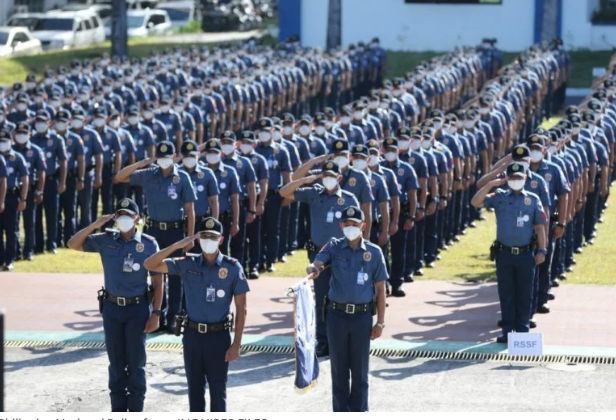 MANILA, Philippines — The country’s police force on Thursday said it would “exercise maximum restraint and tolerance” as groups stage rallies to register their protest over the conduct of the 2022 national and local elections.

(Danao has given an instruction to exercise maximum tolerance and restraint to those who will stage protests.)

While the PNP calls on the public to respect the vote of the majority of Filipinos, Fajardo said the institution respects the Filipinos’ right to express their sentiments on the recently concluded polls.

She added that the PNP will place security measures during these activities and manage the traffic situation around the venues of the protest actions.

(It’s their right to hold protests. On the part of the PNP, we will put in place security measures to ensure the protection of protesters and at the same time manage the traffic around the area so that others will not be inconvenienced.)

(We expect them to also cooperate and coordinate with us to run smoothly.)

A day after the May 9 elections, youth and labor sector groups assembled near the central office of the Commission on Elections (Comelec) in Intramuros, Manila, to protest the poll results.

They protested the poll body’s alleged unpreparedness in the conduct of this year’s national and local elections and demanded clean and honest polls.

Based on the Comelec’s transparency server, which so far reflects 98.35% of election returns, presidential candidate Ferdinand Marcos Jr. was poised to become the country’s next top leader with over 31.1 million votes.

His running mate Sara Duterte-Carpio, daughter of outgoing President Rodrigo Duterte, was also set to become the next vice president with over 31.5 million votes.