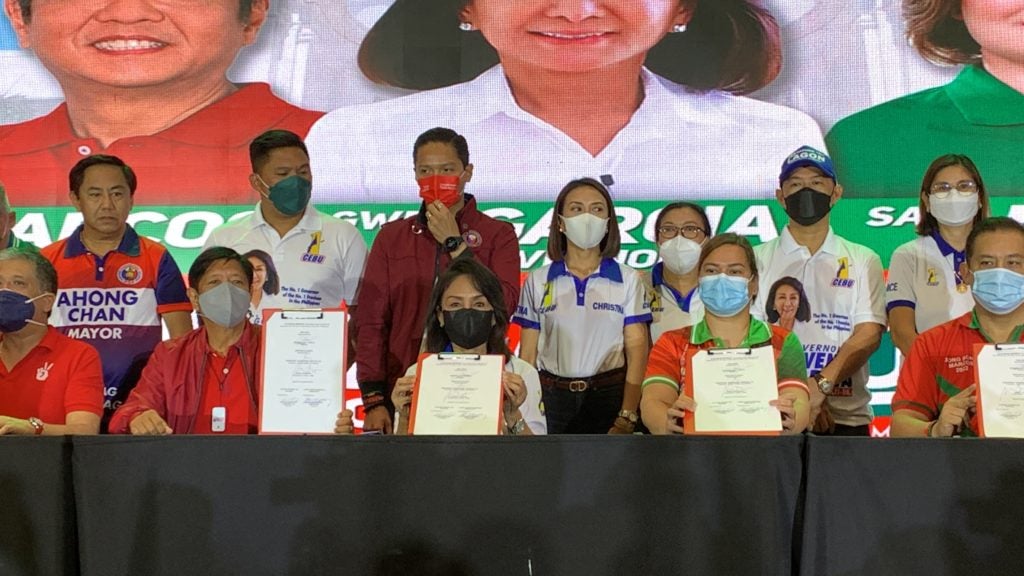 The covenant signing between the UniTeam and 1Cebu in a mall in Cebu City on April 12, 2022 | CDN Digital File Photo

Gov. Gwendolyn Garcia, president of 1Cebu, announced that all 1Cebu candidates who emerged victorious during the May 9 elections will be joining the ‘mass oath-taking.’

“Since this is really history in the making, we are planning on a mass oath-taking. With all of our winning congressmen, mayors, vice mayors councilors, and board members,” Garcia said.

Details of the event, however, are yet to be determined.

Garcia, in the meantime, told reporters in a press conference that they will be inviting Marcos and Duterte-Carpio for the planned activity.

“We will extend that invitation and I hope his (Marcos) schedule will permit us,” she said.

The governor, who won her bid for another three years at the Capitol, added that Duterte-Carpio has already expressed interest in joining their oath-taking before the elections took place.

“As I said, prior to the election, Presumptive Vice President Inday Sara has already asked when the inauguration will be. I think she is already planning. I hope they can (attend) but we would understand kung busy kaayo,” explained Garcia.

The Garcia-led 1Cebu formally endorsed the UniTeam candidates, who are currently the frontrunners in the Presidential race.

Here in Cebu, the country’s most-vote-rich province, Marcos and Duterte-Carpio garnered around 3 million votes in total.