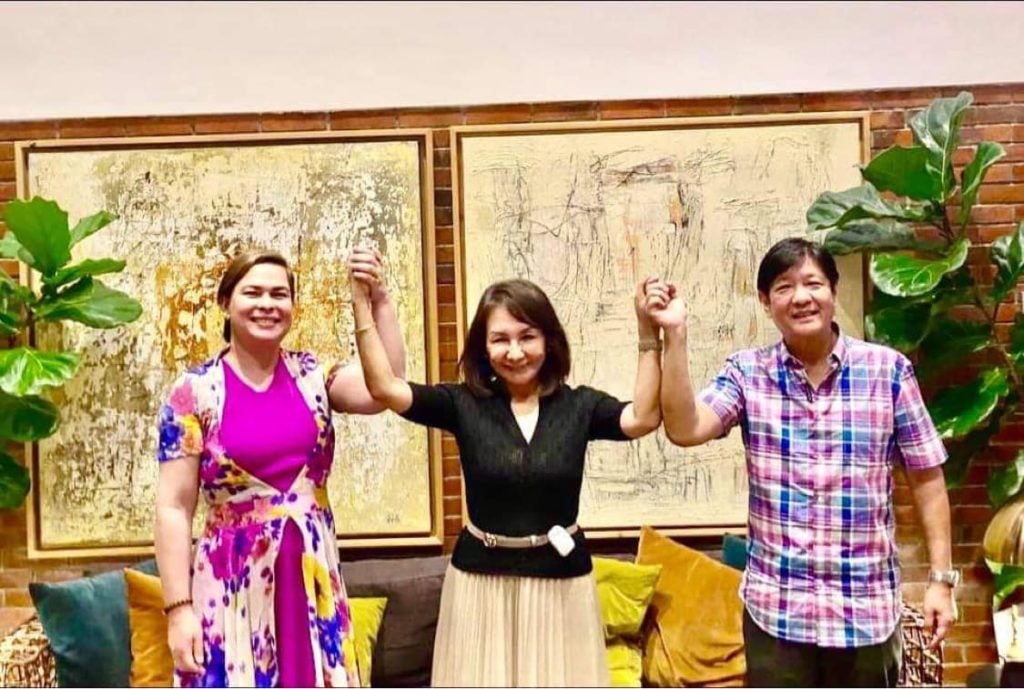 CEBU CITY, Philippines— “It’s a fulfillment of a commitment.”

This was how 1Cebu President and governor-elect Gwendolyn Garcia described the victory of the UniTeam tandem in Cebu province.

Garcia on Tuesday, May 10 congratulated former Sen. Bongbong Marcos and Davao City Mayo Sara Duterte-Carpio for garnering a total of more than 2 million votes in the vote-rich province.

The 1Cebu official also said Marcos and Duterte-Carpio’s ‘landslide win’ in Cebu served as a testament on their party’s efforts to bring them to Malacañang.

“It’s a fulfillment of a commitment. I committed that I would do my very best to deliver Cebu to the UniTeam because I believe in their message of unity,” said Garcia.

“And I am very happy that practically all of our towns, or most of our towns, and cities have delivered victory for the UniTeam in the province. More than that, we were able to unify the entire island with the inclusion of the tri-cities,” she added.

The final and official tally of votes casted in Cebu province showed that Marcos gained 1,055,985 votes while his running mate, Duterte-Carpio, got 1,258,538 votes.

Both Marcos and Duterte-Carpio are frontrunners based in the latest partial and unofficial nationwide tally of votes.

On the other hand, Garcia dismissed speculations doubting Marcos and Duterte-Carpio’s leads in the polls.

The governor did not mince words to hit back at critics who called out election officials for alleged anomalies and irregularities during last Monday’s election day.

“Well, I guess there are 31 million of us who are not really so bobo (dumb) after all. And who believe that there is hope for this country. For those who cannot accept it, it’s your choice,” Garcia pointed out. 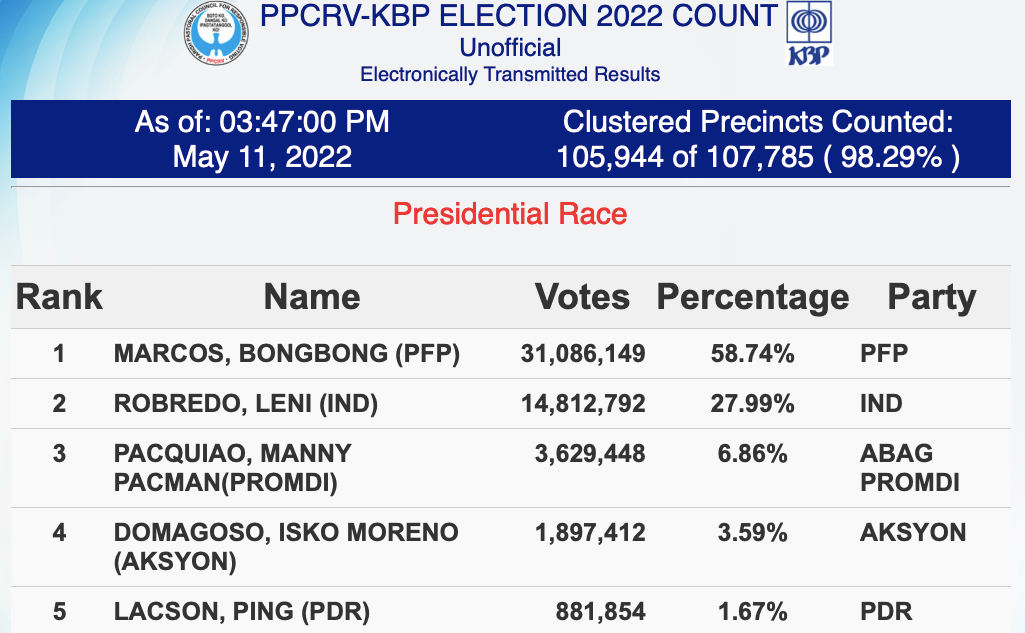 “Kami naman we hope, and we continue to hope (of unity). But we belong to the many Filipinos. Kayo, the elitist few at educated, whoever you are, if you do not feel that you can connect with us, it’s your choice,” she added.

Marcos’ victory in Cebu was a complete turnaround of the 2016 elections wherein the province elected instead his rival, incumbent Vice President Leni Robredo, for the Vice Presidential race.

This time, Robredo only garnered 391,080 votes in Cebu province.