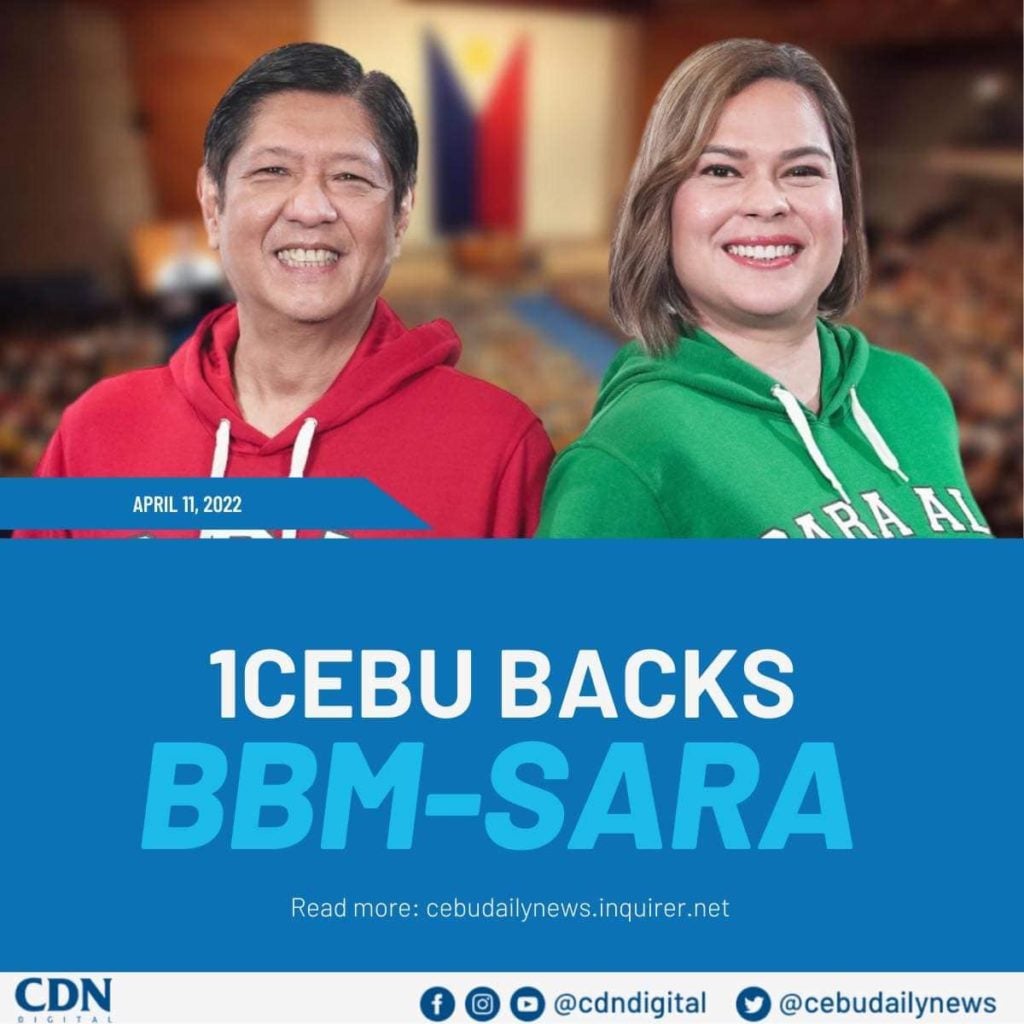 CEBU CITY, Philippines –  Months of speculation has come to an end for 1Cebu as they officially named the Presidential bet that the local party will be endorsing in the upcoming May 2022 polls.

“One Cebu Party has the honor of announcing its decision to endorse the presidential bid of former Senator Ferdinand “Bongbong” Marcos Jr.,” Garcia, 1Cebu’s President, said in a statement.

“The decision follows weeks of extensive consultations and discussions with provincial, municipal and barangay leaders in the 44 municipalities and seven cities (including Mandaue City) of the Province of Cebu,” she added.

Garcia made the announcement a few hours before 1Cebu was scheduled to hold a general assembly in a mall at the South Road Properties (SRP) wherein they are also expected to formalize their endorsement for the ‘UniTeam’ candidates.

“We considered the differing opinions of party leaders advocating the causes of different presidential candidates, and have determined that the unity and strength of One Cebu, its ability to serve its constituents in the Province of Cebu, and ultimately, the interests of the Cebuanos are best served if we unite behind the leadership of BBM as President, and, as we have earlier announced, Mayor Sara Duterte as Vice President,” she explained. 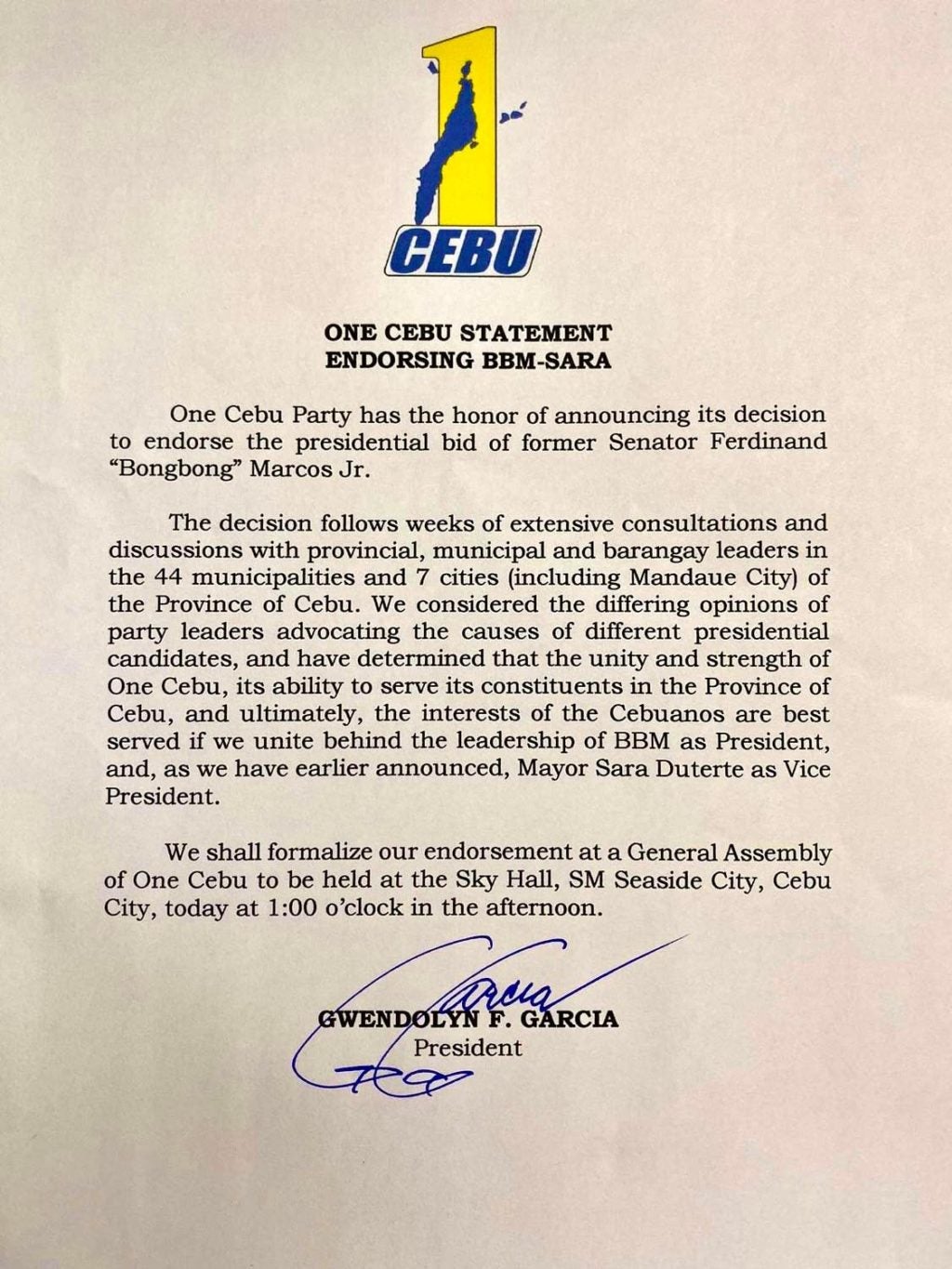 It can be recalled that the local party has already backed the Vice Presidential bid of Davao City Mayor Sara Duterte-Carpio.

Cebu is the country’s most vote-rich province, with over 3.2 million voters expected to cast their ballots this May 9, 2022.

Read Next
LIST: Cebu localities suspend classes due to #AgatonPH