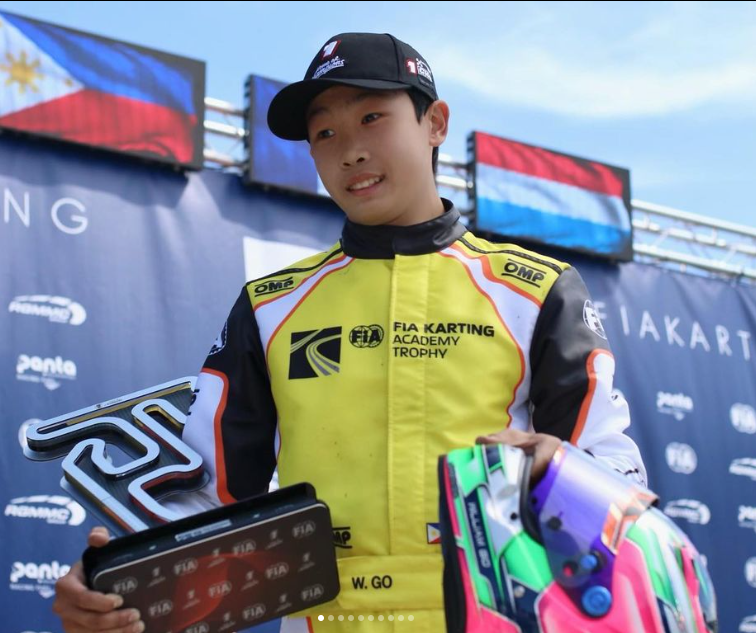 The 14-year-old karting sensation told CDN Digital that he felt blessed amid the challenges he faced preparing for the international karting race.

Go came out from a two-year break due to the COVID-19 pandemic and immediately made his presence felt by placing second in the major race behind France’s Arthur Dorison while Guillaume Bouzar of Luxembourg finished third.

Go is the first Filipino to bag a podium finish in FIA Karting Academy Trophy’s history. This is not a typical international race, it’s where many F1 drivers started their careers. He also vied and represented the Philippines against 50 other racers from various countries around the world.

During the race, Go had three second-place finishes during the qualifying heats which ultimately landed him at the No. 2 spot on the grid during the final race. He then trailed Dorison in the 19-lap final race to claim the second overall spot.

Go revealed that he had difficulties adjusting to the two-year hiatus. It took him a while to transition back into the sport as well because travelling away from his family in Cebu had deeply saddened him.

“Due to the pandemic, I took a 2 year break from racing and only returned early this year. Transitioning back into the sport was difficult as travelling became even more of a challenge and leaving home, away from my loved ones will always sadden me. It is difficult being away from Cebu but I have to make sacrifices if I want to progress with my career,” said Go.

Aside from being separated from his family, Go also had to endure the cold weather in Belgium since he arrived there during the winter season.

“At the start of the year, I had to adjust to the cold winter weather as well as had quite of a struggle having nearly no weight on my kart seat because of my height.  But slowly after much training, I managed to put 5 kgs on the kart which helped me a lot,” added Go.

“Before this Academy race, I also have undergone testings and competed in various races wherein at times, the results were not the best. However, it was there where I learned the most and I applied all those to achieve my P2 win,” he said. 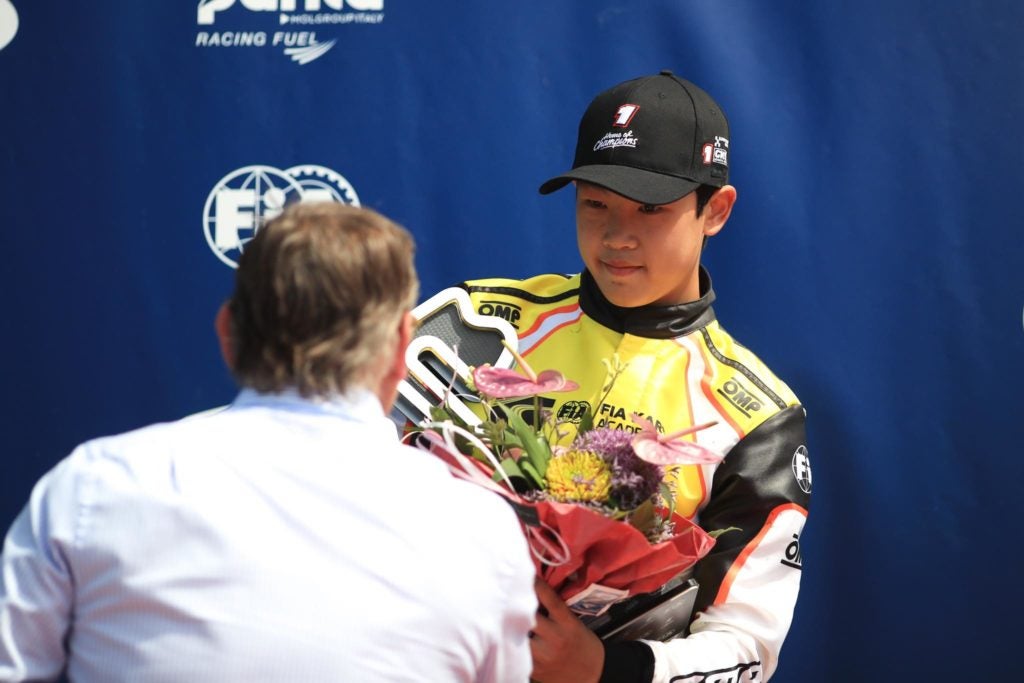 After finishing second in the 2022 FIA Karting Academy Trophy, Go revealed that he felt very blessed for accomplishing such a feat that he didn’t expect because of the challenges he had been through.

“If there was one word to describe how I feel after finishing 2nd overall, it would be blessed. Participating in the FIA Karting Academy was already a dream as it is considered to be the olympics of motorsports,” Go said.

“Being chosen to represent the country in one of the most vital championships and competing with over 50 nationalities was a surreal experience. I can proudly say that I dedicate this race to the Philippines. I am grateful for the support I received and this blessing that would have not been possible without the guidance of the Lord,” added Go.

He said that despite his superb performance, he could not guarantee the outcome of his upcoming races.

Thus, he vows to train harder to outrace other talented karters like him.

“Although my performance in this race was great, it is never a guarantee to remain victorious in the next race. It is no joke that there are a lot of talented drivers in karting and I know I still have a lot to prove,” said Go.

He also mentioned that he would continue karting for a few more years, and from there, he would decide on whether to pursue the more advanced motorsports.

“Everything is still uncertain, but one thing is for sure, I will ensure to remain dedicated and put in hard work in all that I do. As the saying goes, the Will to Win means nothing without the Will to prepare to Win,” said Go.

Despite the challenges, Go prevailed and is looking forward to represent the Philippines in Europe for the rest of the year.

“A huge thank you to everyone who supported me. I would not have been where I am today without the unending love and guidance everyone offered since the very beginning of my career,” he said.

“I am forever grateful to my family, Forza Racing, Infinity Sports Management, my coach Davide Fore and of course, my school, St. Benedict Childhood Education Centre who have helped me in this journey. The overwhelming support I receive from fellow Filipinos on social media also fills my heart with joy and gives me the confidence and motivation to keep going on,” he said.