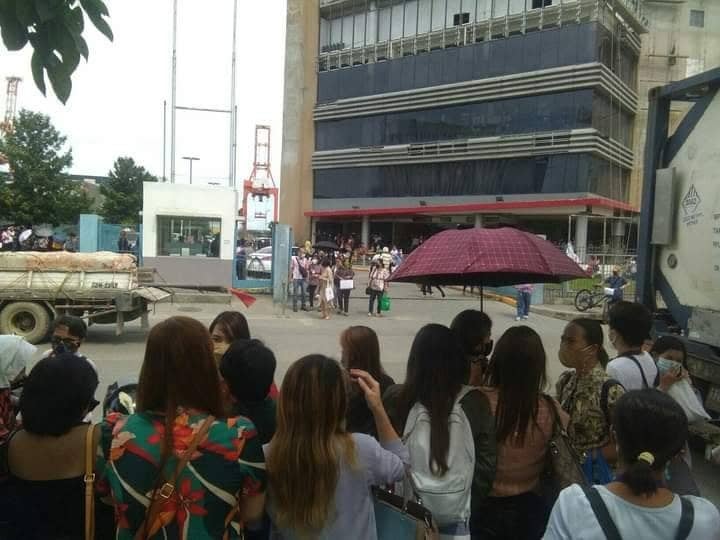 Police in Cebu City verify reports of a bomb threat at the Qimonda Building in the North Reclamation Area that interrupted activities in the establishment. | Photo from Russel Fullozos

CEBU CITY, Philippines — Police and anti-ordnance authorities in Cebu City have been deployed in at least four different locations on Thursday afternoon, May 26 following a series of alleged bomb threats.

The Mabolo Police Station confirmed to reporters on Thursday that they were verifying bomb threats made in Qimonda Building, Cebu City Hall, Carbon Public Market, and even the Cebu-Cordova Link Expressway (CCLEX).

Capt. Renz Talosig, chief of the Mabolo Police Station, said they first received information at 1:57 p.m. from workers in Quimonda that one of them got a message, alleging that a bomb was placed in the building.

As a result, the Cebu City Hall of Justice has suspended work, from 1:30 p.m. to 5 p.m., in all of its trial courts which are housed in Qimonda.

This is the second time the establishment was the subject of a bomb threat. It can be recalled that in March, the City Hall of Justice also went on a half-day work when everyone in the building evacuated due to the alleged threats.

Aside from Qimonda Building, Talosig also confirmed that the Cebu City Hall, CCLEX, and Carbon Public Market were also subjects of the bomb threat.

As of 3 p.m., authorities and law enforcement agencies are still in these areas to scour for any possible signs of explosives.