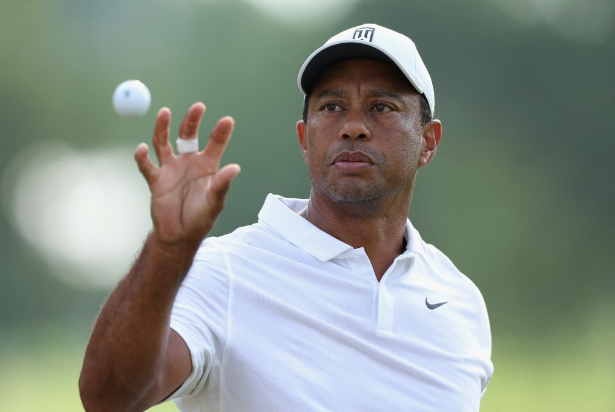 (FILES) In this file photo taken on May 17, 2022, Tiger Woods catches a ball during a practice round prior to the start of the 2022 PGA Championship at Southern Hills Country Club in Tulsa, Oklahoma. (Photo by Christian Petersen / GETTY IMAGES NORTH AMERICA / AFP)

The billionaire club reportedly has another member.

Forbes has estimated Tiger Woods’ net worth at least $1 billion, which would allow the 15-time major winner to join Michael Jordan and LeBron James as the lone athletes in that club.

Per Forbes, Woods has amassed over $1.7 billion in salary, endorsements and other income over his career.

Forbes reported that less than 10 percent of Woods’ net worth, however, comes from earnings on the golf course. Woods has sponsorship and endorsement deals with Nike, Gatorade, Monster Energy and TaylorMade, and also has a golf design business (TGR Design), a live events production company (TGR Live) and a restaurant (The Woods). He also has stakes in Full Swing, a golf technology training tool; Heard, a hospitality software startup; and PopStroke, a luxury mini-golf experience.

Woods has reached billionaire status without the benefit of LIV Golf Invitational Series.

Woods, 46, was not ready to sever ties with the PGA Tour. He has won 82 total events, tied for the most all-time with Sam Snead.

Jordan, whose net worth Forbes has pegged at $1.7 billion, didn’t reach billionaire status until 11 years post-retirement.

Read Next
Steph Curry scores 43, Warriors down Celtics to even NBA Finals