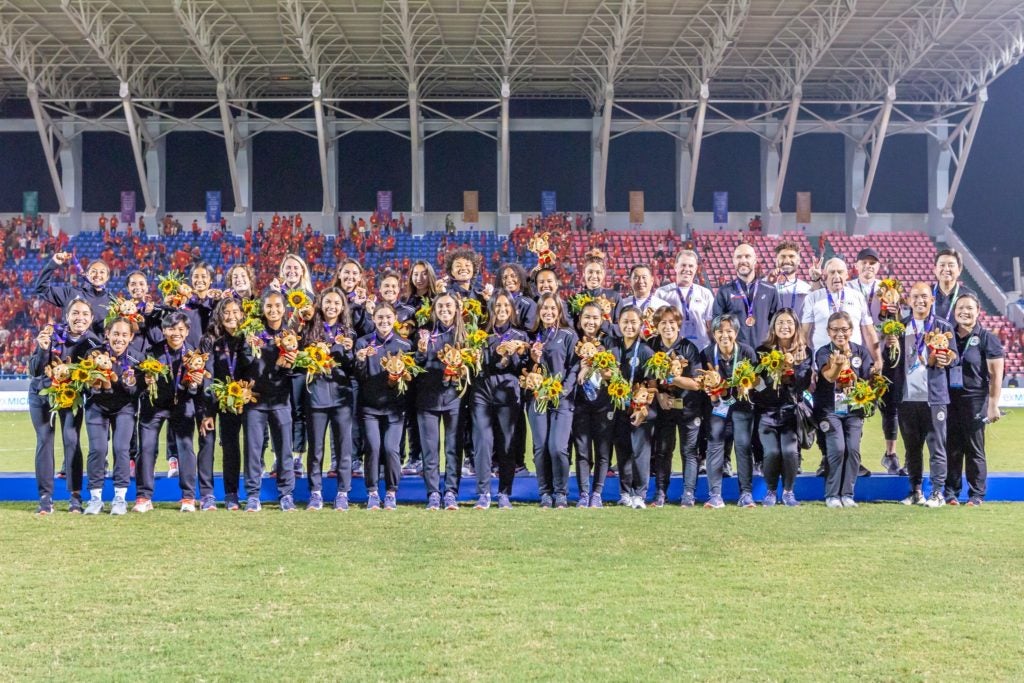 The Philippine Women’s National Football Team during the 31st SEA Games. | Photo from the PFF website

From No. 54 in March, the Filipinas ascended a notch higher in June’s latest FIFA women’s world rankings.

The Filipinas will be among the 11 teams from ASEAN-member countries to compete in the major regional tournament.

They will be campaigning in Group A along with Indonesia, Malaysia, Singapore, Thailand, and Australia.

Aside from being ranked 53rd in the world, the Filipinas are also ranked 11th in Asia and fifth in the AFF zone.

Before the AFF Women’s Championships, they will embark on training camps in Turkey and Slovenia. Part of their preparations is an international friendly match against Ireland tomorrow, June 19, 2022, in Turkey.

Their second international friendly match is against Bosnia and Herzegovina on June 23.

The team is comprised mostly of the players that towed the team to the FIFA Women’s World Cup.

The team’s coaching staff is headed by Alen Stajcic.