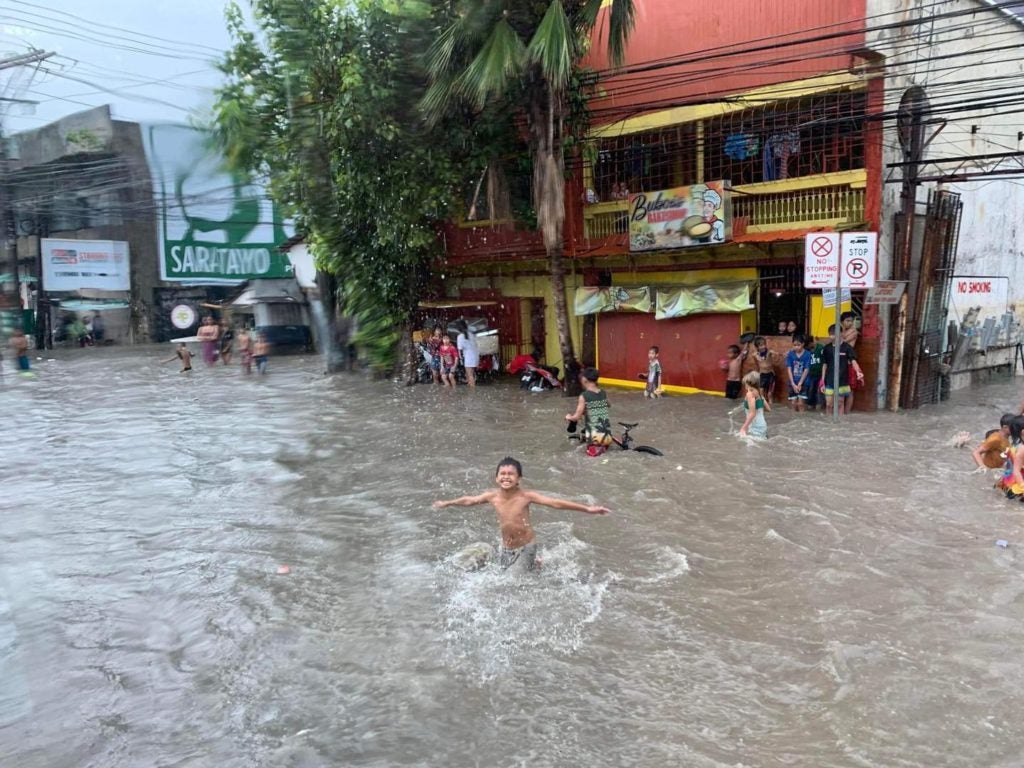 This was nearly the same scene just the day before on Tuesday, June 5, 2022, when rains caused heavy flooding in the city as well.

Children swam in the muddy waters in Barangay Mambaling as floodwater reached waist-deep during the heavy rains on July 6, 2022.

Drainage in Barangay Tisa has bubbled due to the massive volume of water captured in video by residents in the area.

A portion of Natalio Bacalso Avenue in Barangay Kinasang-an was nearly unpassable due to the flood in the area.

Drivers complained of traffic due to the flood and forced rerouting.

While the rain poured, Mayor Michael Rama delivered his speech to the Cebu City Council asking them to support his vision of a Singapore-like Cebu City.

In his speech, he said that part of his priority in the first 100 days is to coordinate with the Department of Public Works and Highways (DPWH) to finally implement the drainage masterplan

While the mayor spoke, the city outside the window of the session hall was drenched in flood.

Immediately after his speech, Rama told the media that he has ordered an evacuation of all affected areas in the city.

“Marching order, have all meetings with DPWH, Engineering, and in charge of barangays. There will always is a fear of landslide, the disaster should be roaming around. There is a thing such as advanced evacuation,”

True enough, a landslide occurred in Barangay Buhisan reported shortly after although there were no reported casualties or affected structures.

Councilor Jerry Guardo, the chairperson for the City Council’s committee for infrastructure said there are already drainage projects in areas of the city.

He assured the city has a long-term solution to the ongoing flood problem.

The Cebu City Disaster Risk Reduction and Management Office (CDRRMO) has yet to issue a consolidated report of the many flooding incidents on Wednesday.

However, the data management team of the CDRRMO confirmed that there are multiple floods in various affected areas in the city.

They will release an official report in the next hours.     /rcg