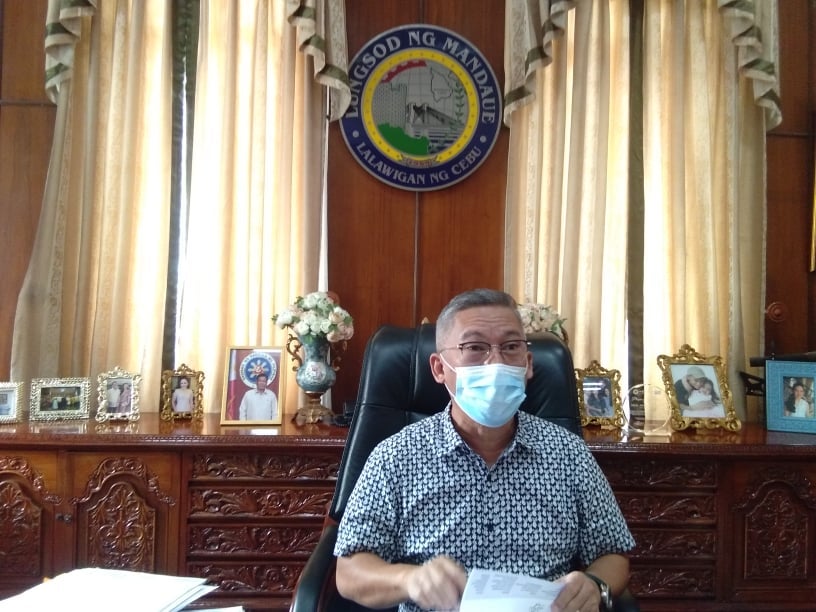 Mandaue City Mayor Jonas Cortes calls on the Mandauehanons to help the city government in solving the flooding problem in the city. | CDN Digital file

MANDAUE CITY, Cebu, Philippines — Mandaue City Mayor Jonas Cortes is appealing to the Mandauehanons to help the city government in declogging the drainage to ease flood problems in the city.

Cortes made the appeal after he found out that there were still a lot of garbage clogging the drainage system in the city, which has contributed to the flooding problem in some parts of the city.

He is also calling for cooperation from the different sectors in the city to help the city government in this endeavor.

(I am appealing to the public to help us. You are part of the problem, but you are also part of the solution. Help Mandaue because this is for all of us.)

Aside from appealing to the public for help in properly disposing their garbage so these will not end up in the drainage systems, Cortes also plans to widen the declogging of drainage systems and outfalls to help prevent floodings in the city.

Cortes said that there was a frequent coordination between the Department of Public Works and Highways (DPWH) and the city government about the matter.

(We need to declog the outfall of the drainage o if not we need to make it bigger and that is what we always coordinate with the DPWH and that we encourage them to sit down with the city planning because it is so difficult if the DPWH and the city government will just do their own projects.)

Cortes said there were also some business establishments that overlapped with the city’s drainage systems, and that wasone of the reasons of the delay of projects to prevent flooding from happening.

He said the city government would no longer allow anyone to build an establishment in the city’s drainage systems.

(If there is a drainage, then it should be a no build zone. We need to do this, if necessity calls we can always expropriate it.)

(That is what I am asking OBO, why there are buildings on the drainage. We have to do something for easy access and maintenance at any given time and we can open and clean it. That is one of the things we discussed.)

Read Next
Naga accident: Couple on motorcycle crushed between bus and trailer truck