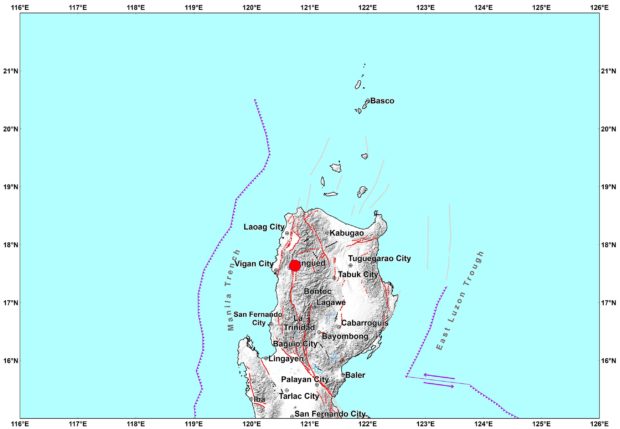 MANILA, Philippines–A 7.3 magnitude earthquake struck inland in the northern province of Abra at 8:43 a.m., the Philippine Institute of Volcanology and Seismology reported.

There were no immediate reports of damage or casualty from the strong quake that centered two kilometers northeast of Langilang, Abra. It struck at a depth of 25 kilometers.

The quake, which was of tectonic origin, was recorded at 8:43 a.m. It was felt at Intensity IV in Quezon City. Shaking was also reported in many parts of Luzon.

Residents in Abra have been reporting damage due to the impact of the quake.