Abra residents camp out in fear of more earthquakes 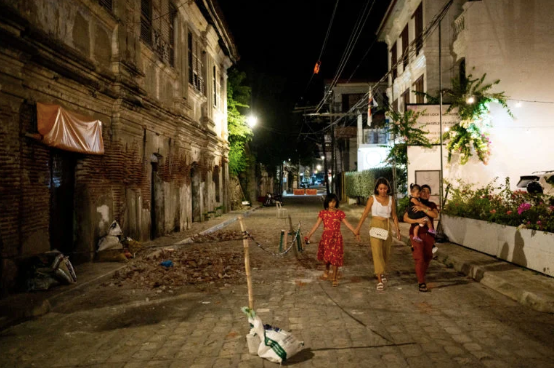 Some people in the area said on Thursday they had been too scared to return to their homes, camping out instead with their families on sidewalks and in parks to ensure their safety.

The 7.1 magnitude quake rattled the northern Philippine island of Luzon on Wednesday morning, damaging homes and buildings, including heritage structures and centuries-old churches. Seismologists have since recorded close to 800 aftershocks. 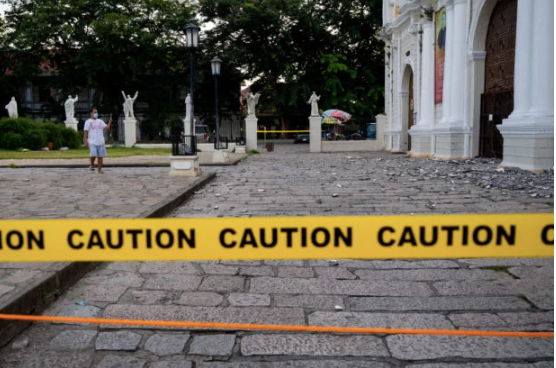 A man takes a picture of a damaged church in the aftermath of an earthquake in Vigan City, Ilocos Sur, Philippines, July 28, 2022. REUTERS

Erlinda Bisares, a resident in Bangued town in Abra, which was just 11 km (6.8 miles) from the epicenter, said she and her family did not want to risk going back home.

“We were so scared,” Bisares told CNN Philippines, recalling how the quake had shaken her home and furniture. “We didn’t mind our belongings, we just hurried outside. Life is more important.”

Mark Timbal, a spokesperson for the national disaster agency, told reporters the death toll from the quake had been revised down to four from five, but the number of injured had risen to more than 130. 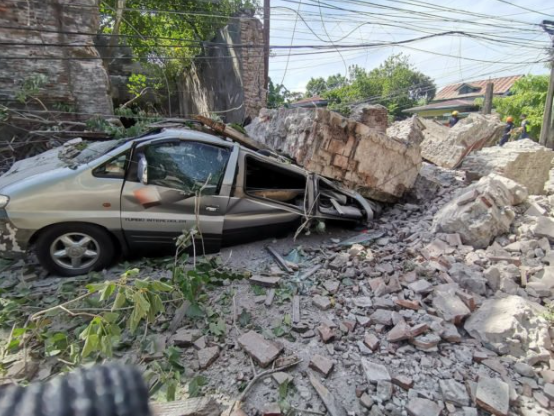 The Philippines is prone to natural disasters and is located on the seismically active Pacific “Ring of Fire”, a band of volcanoes and fault lines that arcs round the edge of the Pacific Ocean. Earthquakes are frequent and there are an average of 20 typhoons each year, some triggering deadly landslides.

Public Works Secretary Manuel Bonoan told DZBB radio clearing up operations were underway and his agency had started to remove debris from the main roads in Abra and in other districts affected by rockslides triggered by the quake.

Ricardo Jalad, administrator of the Office of the Civil Defense, told radio station DZRH some parts of Abra were still without power or water and experiencing communication outages.

The budget ministry said authorities were ready to release funds for disaster relief.

Injuries reported in Abra after powerful quake; no numbers yet — PDRRMO

Read Next
WATCH: Drone footage of damage caused by quake in Abra