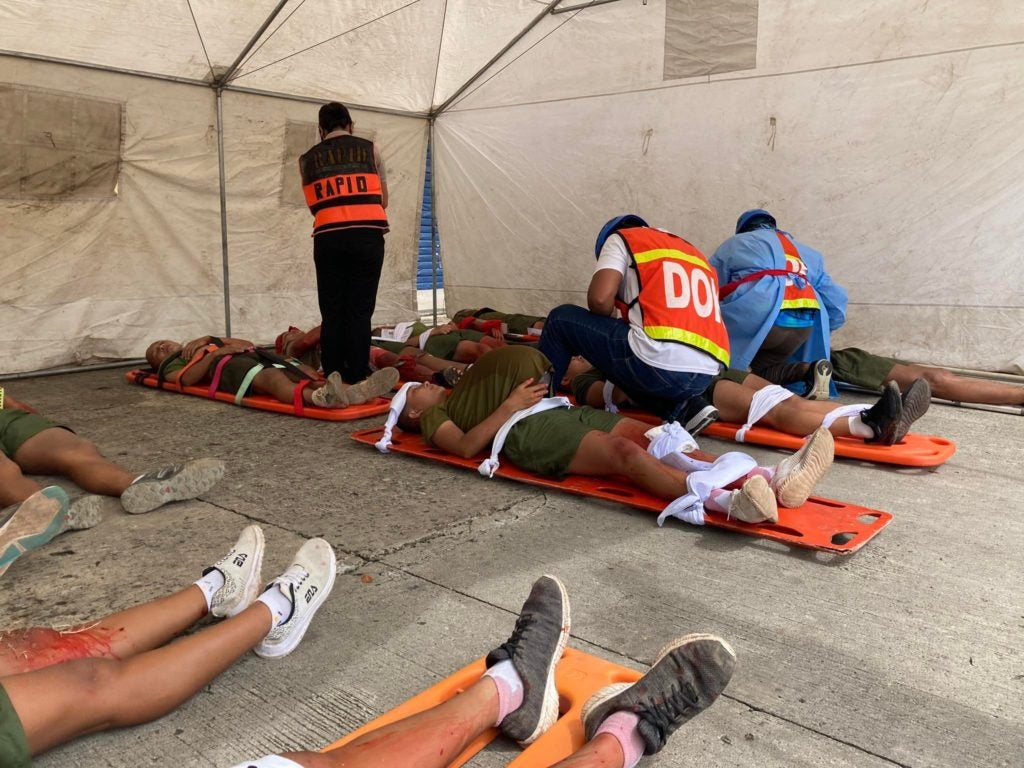 Around 250 personnel from various government agencies joined the two-hour simulation exercises spearheaded by the Department of Health in Central Visayas (DOH-7).

Liporada said so far they were able to meet the 15-minute target response time during the simulation.

He, however, said various aspects for improvement could also be discussed during their feedbacking and evaluation.

Among those who participated in the simulation exercises were personnel from the Cebu City Disaster Risk Reduction and Management Office, Bureau of Fire Protection in Cebu City, and the Philippine National Police.

He also offered some reminders for the public as precaution against possible bombing scenarios.