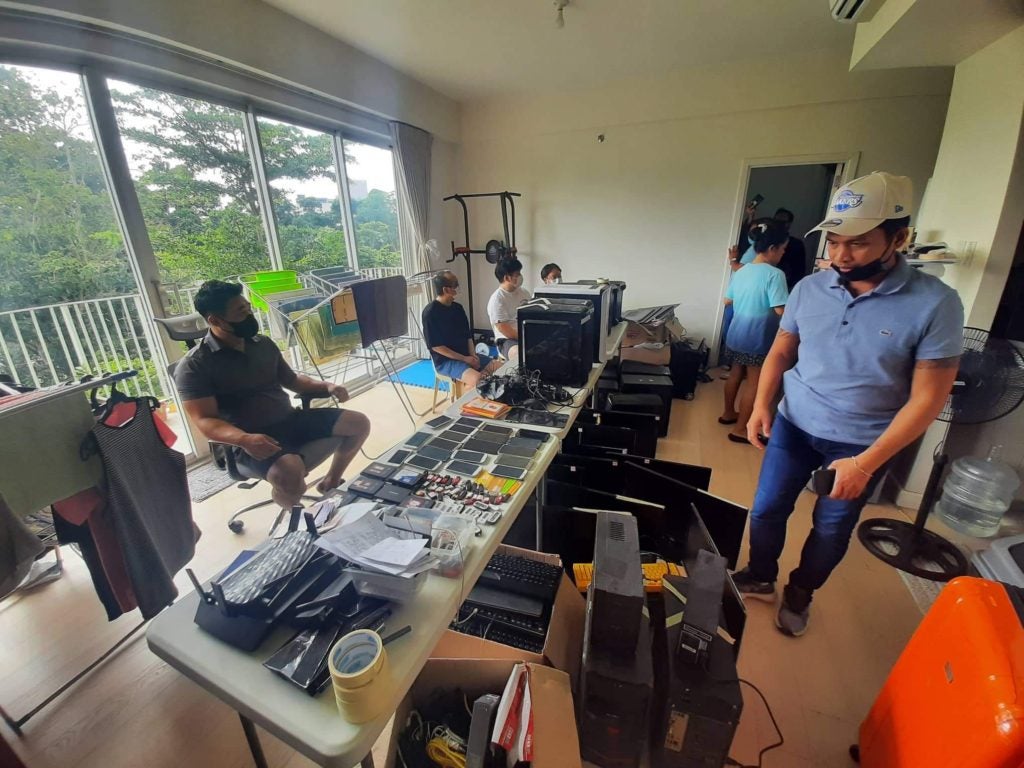 They allegedly started this illegal activity for about two to three years already.

Aside from operating illegal POGO or online gaming, they are also allegedly involved in scamming activities, victimizing Korean nationals.

Allegedly, the suspects earn millions daily from their victims.

Sanoy said that it took them at least six months before they were granted a search warrant. They applied for a search warrant for violation of Republic Act 8484 or the Access Device Regulation Act of 1998 last February but this was approved only last Wednesday, August 3, 2022.

He added that it was difficult for them to obtain the necessary pieces of evidence against the suspects since they are staying in a condominium in Cebu City until they were able to conduct their operation earlier today, Friday, August 5.

Authorities confiscated 11 pieces of cellphones, 18 units of CPU, 14 pieces computer monitors, seven pieces of routers, 30 pieces of flash drives, 10 pieces of memory cards, and 120 pieces of sim cards, among others.

The operation of the Criminal Investigation and Detection Group Lapu-Lapu City Field was conducted by virtue of a search warrant issued by Judge Ramon Daomilas of the Regional Trial Court Branch 11 in Cebu City.

Sanoy said that this is the first time that they encountered this illegal activity within their jurisdiction.

He added that there were no Filipinos involved in this illegal activity. However, there were assistants who will prepare their foods, and stock their groceries, as the four rarely go outside their unit since they are operating 24/7.

Sanoy could not tell if the suspects belong to a bigger group. However, he said that there are still a lot of them operating here.

Sanoy said that they now have pieces of information they could hopefully use to conduct another similar operation.