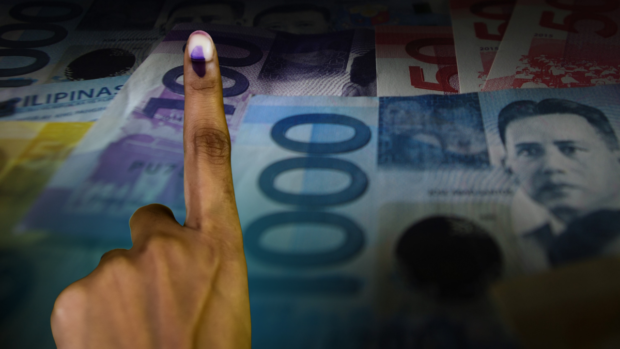 MANILA, Philippines — Rep. Anthony Golez Jr. of the Malasakit at Bayanihan party-list group has proposed a measure that would make vote-buying a heinous crime and punishable with jail time of 20 to 40 years.

Golez filed House Bill No. 1709, or the proposed Vote-Buying is a Heinous Crime Act, to “send a strong message to the electorate and the would-be elected officials that Filipinos have had enough of vote-buying during elections.”

The proposed measure has been referred to the House committee on justice.

In his explanat0ry note, Golez said, “the right to suffrage is so important that it has its own article in the Constitution. However, the various reports showing rampant vote-buying in the recent elections have diminished the significance of the right to suffrage.”

According to Golez, he believes “elections is the most important ingredient in nation-building, therefore, the sanctity of the Filipino vote must be ensured.”

“It is about time for the people to stop turning a blind eye on vote-buying. Vote-buying during elections should be rejected with extreme repugnance. The current law and penalty against vote-buying is clearly not enough to deter vote-buying,” he said, adding that making the offense “heinous” and punishable with reclusion perpetua might put a stop to the election offense.

Read Next
Boy with leukemia needs urgent help for chemotherapy