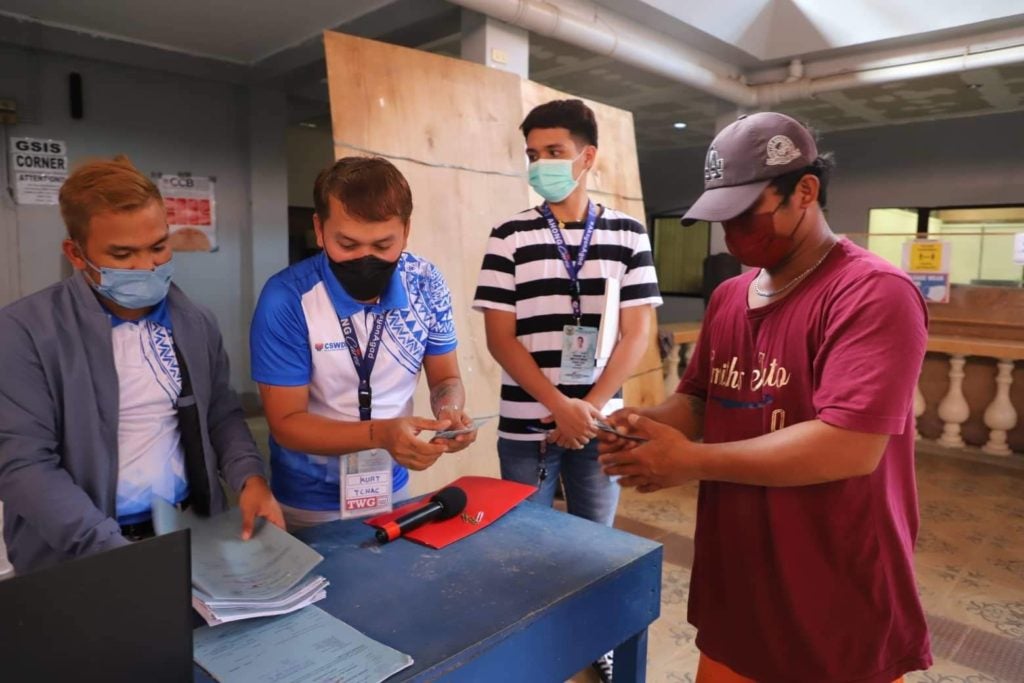 Some 13 former drug dependents, who graduated from CBDRP of the city, have received P5,000 each as cash grant. | Futch Anthony Inso

The former drug dependents graduated from the Community-Based Drug Rehabilitation Program (CBDRP) of the city, where each of them received an amount of P5,000.

The cash grant was under the Supplemental Livelihood Program of CSWDO for their after care program of drug surrenderers.

Garry Lao, head of the City of Lapu-Lapu Office for Substance Abuse Prevention (CLOSAP), said that 12 of the former drug dependents were from Barangay Suba-Basbas, who underwent the CBDRP program, while one is from Barangay Talima who is a person deprived of liberty (PDL).

(Ahong Cares for you. He will be your guide as we all hope and pray that you are sincere and truthful in your accepting these (cash grant))

The two will be assigned to the Clean and Green Department and would drive tricycles carrying solid wastes collected on the streets.

(Leave your vices, and your vice now is service.)

PDEA-7 to drug peddlers: Stop selling drugs in CV or you will be caught