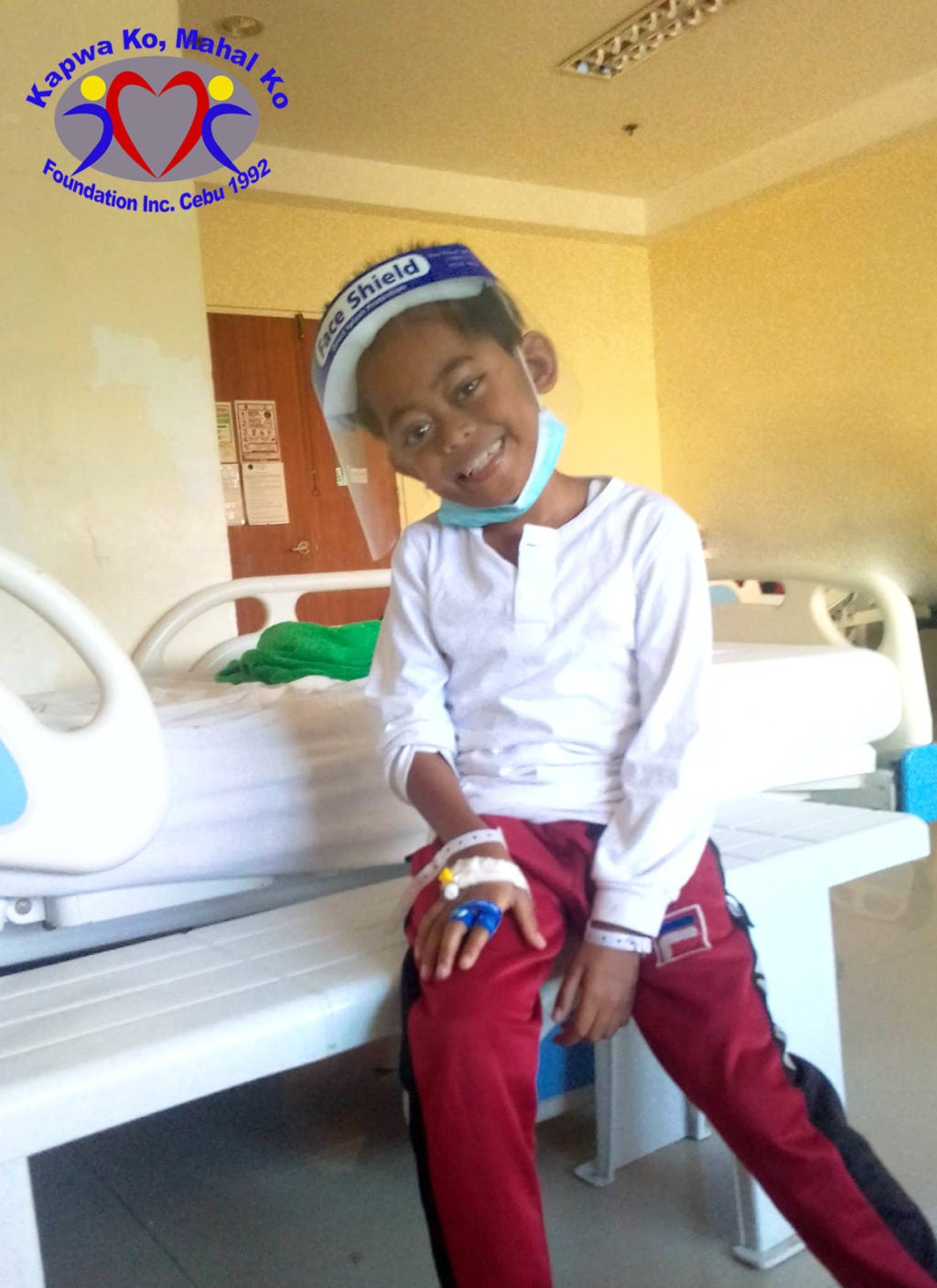 A nine-year-old boy from Brgy. Obo, Dalaguete, Cebu is wholeheartedly calling for urgent financial help as he pushes on with his fight against the big C.

Indrico Amadar was diagnosed with Acute Lymphoblastic Leukemia on January 13, 2022. His unexpected condition began when he had high fever on December 24, 2021. After that, these manifestations also appeared: unusual paleness, bruises on skin, and weight loss. Because of these symptoms, his parents brought him to their nearest physician for consultation. A complete blood count was done and the result revealed abnormal blood counts. They were then referred to a hospital in Cebu City for further assessment and treatment. At the hospital, blood transfusions were administered. A bone marrow aspiration was also performed to determine the cause of his condition. The result showed that Indrico has Acute Lymphoblastic Leukemia (ALL), a type of cancer of the blood which commonly affects children. This terrifying disease is characterized by the abnormal increase in the production of immature lymphocytes by the bone marrow causing its buildup in the blood while crowding out healthy cells. Yet despite its detrimental effects to the body, there is a high chance of cure for children who are treated promptly with intensive chemotherapy. After knowing the diagnosis, they decided to go home. Two months after, Indrico had fever once again. His eyes also bulged and he had petechial rash which are pinpoint spots that appeared on his skin. Consequently, he was admitted for treatment.

Indrico’s first dose of chemotherapy was administered on April 9, 2022. His attending physician prescribed a treatment protocol that they will follow for the next three years in order to achieve thorough healing. Indeed, the lengthy treatment and its costly nature bring overwhelming physical challenges to the child and financial burdens to the parents. Unfortunately, a series of unforeseen events took place recently. On August 18, 2022, he was admitted at a hospital in Cebu City due to fever and swollen gums. In addition to that, he was also diagnosed with COVID-19. His complete blood count also showed increased white blood cell and lymphoblast count. His attending physician suspected that Indrico is experiencing Relapsed ALL which refers to the return of leukemic cells in the patient’s body. His confirmatory bone marrow aspiration was scheduled on August 30. If a Relapsed ALL is established, he will go through a more intensive and expensive chemotherapeutic regimen. For that reason, his medical expenses are estimated to reach up to P35,000 every month.

Indrico is a friendly and playful boy. He is an honor student and a top performer in his class. He loves to play basketball too. At his young age, he wants to become a military personnel someday. As the third of the five siblings, his family loves and values him profoundly. When asked about her wish for her son, his mother said, “I have only one wish for him. I hope that he will be cancer-free so that he can achieve his dreams in life.” Indrico was born to a family of farmers. His father grows sibuyas dahunan, pechay, and camote. His father’s hard work brings in P5,000 to 15,000 every two to three months. His mother also works in the farm but had recently stopped in order to care for their sick child. The COVID-19 pandemic and the high cost of living nowadays had intensified the obstacles that they are going through. Moreover, Indrico’s ongoing chemotherapy had already depleted their meager financial resources. Truly, they are in desperate need of help. Hence, in order to save Indrico’s life and sustain his ongoing treatment, his parents are humbly pleading for financial assistance from generous individuals who are willing to share their blessings.