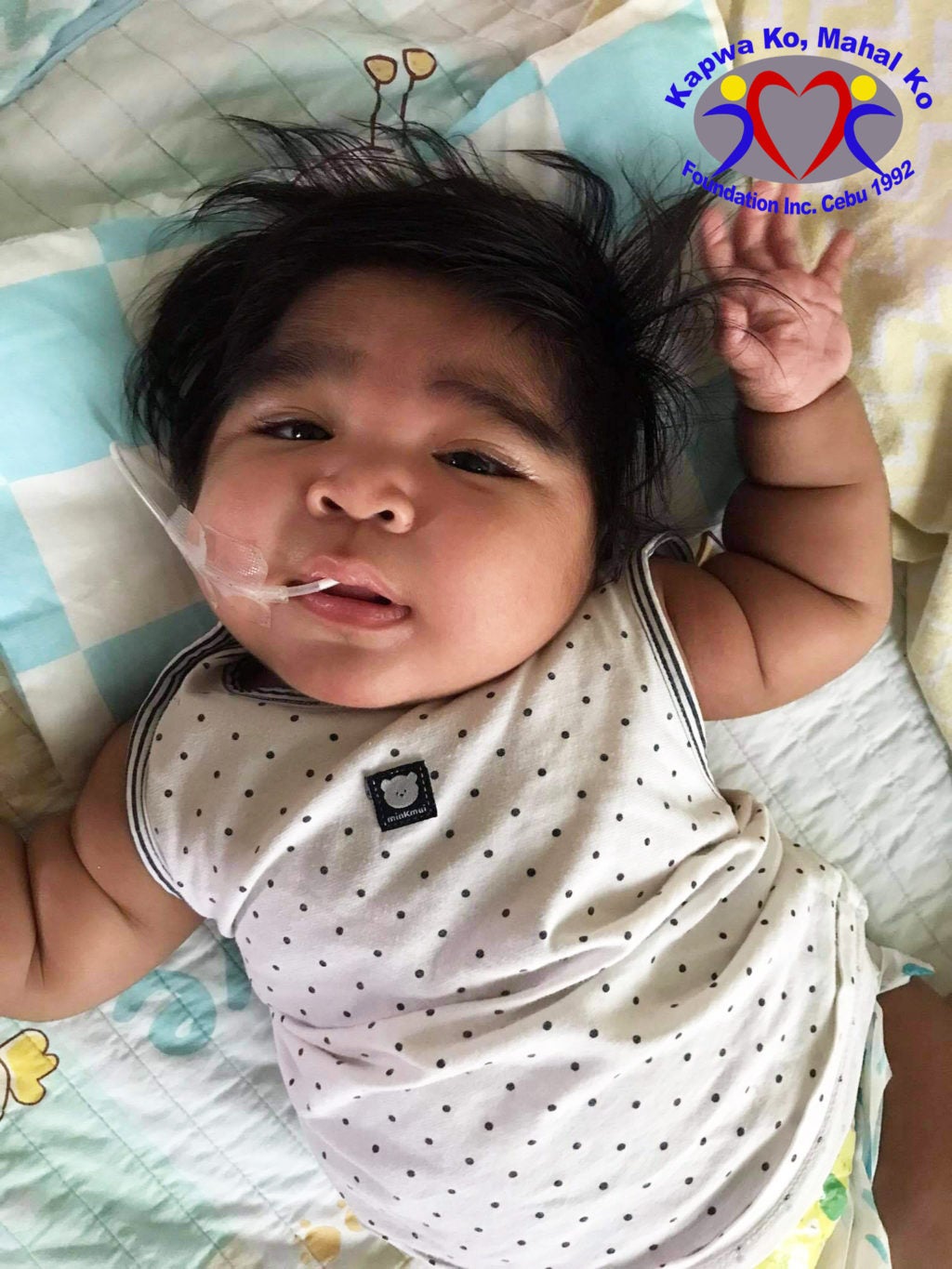 A one-year-old girl from Brgy. Subangdaku, Mandaue City is in desperate need of urgent financial help for her ongoing treatment and upcoming medical procedures.

On May 24, 2022, Daphne Bree Solitario was diagnosed with Congenital Hyperinsulinism at two days old. Congenital Hyperinsulinism is a genetic disorder in which the insulin cells of the pancreas, called beta cells, secrete too much insulin. This increased production of insulin causes low blood sugar. Her life-threatening diagnosis was a big surprise to her family and relatives. When she was born on May 22, she did not display any untoward manifestations. But starting on her second day, her blood sugar levels were persistently low. Because of this alarming sign, she was admitted at a hospital in Mandaue City and monitored continuously for two months after birth. In order to provide nutritional support, an orogastric tube, a small tube that carries food to the stomach through the mouth, was placed accordingly. In addition to that, she had episodes of vomiting when she was two months old and seizures at three months. She still exhibits these bizarre symptoms up to this moment. Consequently, she was diagnosed to have: Severe Gastroesophageal reflux disease (GERD), a condition in which acid from the stomach comes up into the esophagus; and Epilepsy, a neurological disorder in which brain activity becomes abnormal causing seizures or periods of unusual behavior. Her epileptic episodes prompted her caregivers to once again place an orogastric tube for her nutrition and medication.

Due to her delicate condition, her attending physicians recommended placement of Percutaneous Endoscopic Gastrostomy (PEG) tube, a flexible feeding tube that is placed through the abdominal wall and into the stomach. PEG allows nutrition, fluids, or medications to be put directly into the stomach, bypassing the mouth and esophagus. This procedure will cost them approximately P80,000. Laboratories are also prescribed in preparation for her PEG tube placement amounting to P10,000 to P15,000. Additionally, an MRI scan is also scheduled this month of September which costs around P12,000. She was also prescribed with specific medications that costs around P10,000 to P20,000. These medications, which are ordered outside the Philippines, are packaged as a box of 100 capsules and they are consumed in less than a month. Moreover, the medical team also considered for her to undergo Pancreatectomy, the surgical removal of a part of the pancreas where the focal lesion is. Because of its critical nature, her physicians recommended that this operation will be performed at Children’s Hospital of Philadelphia in Pennsylvania, USA and their medical expenses are estimated to reach up to 17 million pesos.

Despite Daphne’s weakening condition, she always has that adorable baby’s smile on her angelic face. As the only child of the family, she is immensely loved and treasured by her parents. Currently, her father works as a sales personnel with P12,000 monthly income. Last year, her mother resigned from her work as a human resource personnel in order to care for their sick child. Because of their unfortunate situation, they had to rely fully on their relatives and friends together with the help of various agencies and organizations to support Daphne’s expensive treatment. Indeed, they are unable to bear all of these financial challenges by themselves. Her father’s meager income is barely enough to meet their daily needs and their family’s finances are already exhausted. Thus, her parents are wholeheartedly appealing to generous individuals for financial assistance that will surely play a key role in saving Daphne’s life. When asked about her wish for their precious daughter, her mother replied, “We sincerely pray that she will be healed completely. We also plead for help from individuals and organizations to support us in her ongoing treatment.”