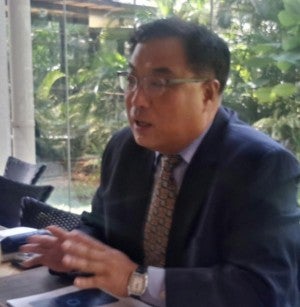 A South Korean-owned semiconductors manufacturer hopes to raise at least P1.2 billion in fresh revenue from its initial public offering (IPO) in Dec. 1 to fund the expansion of their plant in the Clark Freeport Zone in Pampanga next year.

“If this IPO is successful, our company will be the first Korean company to be listed in the Philippine Stock Exchange,” said Dong Joo Kim, chief finance officer and vice president of Phoenix Semiconductors Philippines Corp. (PSPC) in last Monday’s press conference.

The Securities and Exchange Commission (SEC) en banc approved the company’s IPO last June 24. About 706.82 million shares or 25 percent of the company will be sold to the public.

BDO Capital and Investment Corp. was mandated as the issue manager and underwriter for PSPC’s initial public offering. BDO Capital earlier convinced the South Korean-owned firm to price its IPO at P3.15 per share or a 19 percent discount from the maximum P3.76 per share.

PSPC Senior Manager and Finance Team chief Kyuho Yan said the expansion will help them meet the rising demand for semiconductor chips from smartphone manufacturers like Samsung and other customers around the world.

PSPC was spun off from Samsung Electronics Co. Limited in 1998 and is a wholly owned subsidiary of STS Semiconductors which is part of the Bokwang Group in South Korea.

Aside from PSPC, STS Semiconductors has a plant in Cheonan, South Korea and Suzhou, China.

PSPC has a midterm contract with Samsung to produce semiconductor chips for its servers, computers, tablets and smartphones until 2017.  However, Kim said their biggest customer is American information technology company Hewlett Packard.

Yan said their Philippine plant is the largest in the Southeast Asian region and the IPO revenue will finance construction of a new facility beside their existing factory  in the 15 hectare lot they are leasing from Clark Development Corp. (CDC).