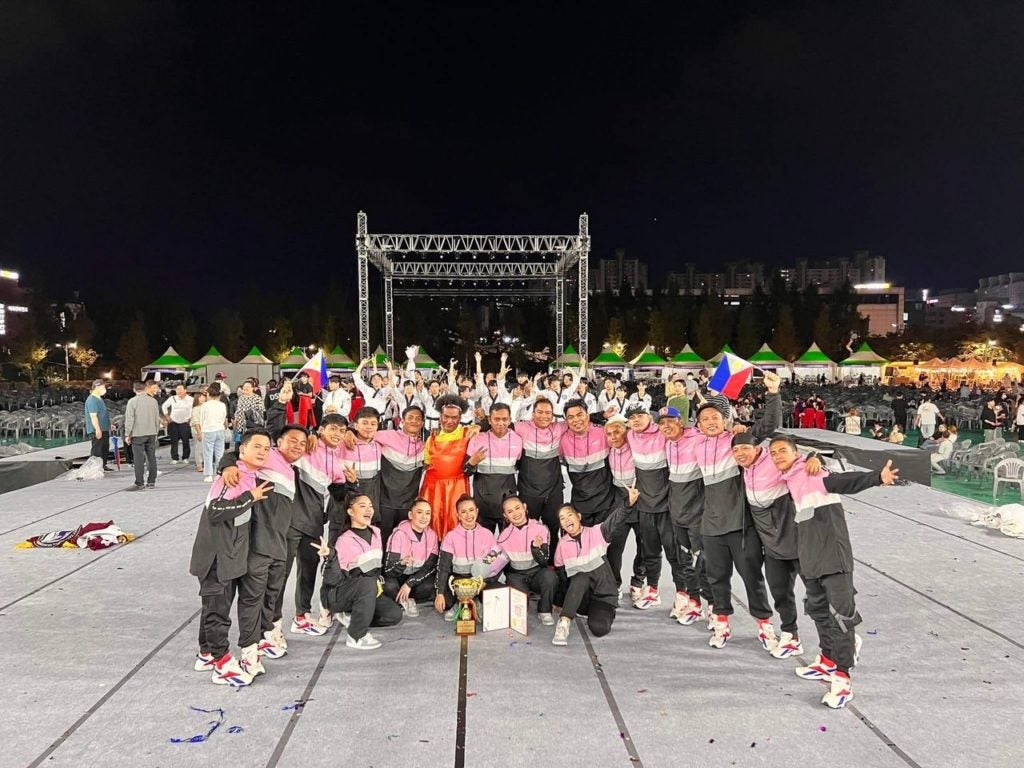 DonJuan x AngelFire was proclaimed as the champion in the 2022 Wonju Dynamic Dance Carnival held in Wonju, South Korea, from October 1 to October 3.

It was a historic win, according to Ricky Ballesteros, co-chairman of the Korean-Philippine Festival Cultural Exchange Association, as they became the first delegate from Cebu to become champion in the event’s 11-year history.

“History in the making… Cebu City’s Don Juan x AngelFire won the grand prize of the 2022 Wonju Dynamic Dancing Carnival at Wonju South Korea in the 11-year history of the festival,” said Ballesteros, who was also the former executive director of the Sinulog Foundation Inc. (SFI).

Following their victory, they are expected to perform for another time at Jeju Island and Gwangju City, also in South Korea, from October 6 to October 15, Ballesteros said.

At least three groups from the Philippines competed in this year’s Wonju Dynamic Dancing Carnival – all of which came from Cebu.

Aside from DonJuan x AngelFire, contingents from Toledo City and Lapu-Lapu City were invited to join in the international competition.

Toledo City’s Joyful Tribe made it to the Best 15 performers, together with Don Juan x AngelFire. They placed 4th in the Grand Showdown that took place on Monday, October 3.

Around 50 competitors from different parts of the world participated in the 2022 Wonju Dynamic Dancing Carnival.