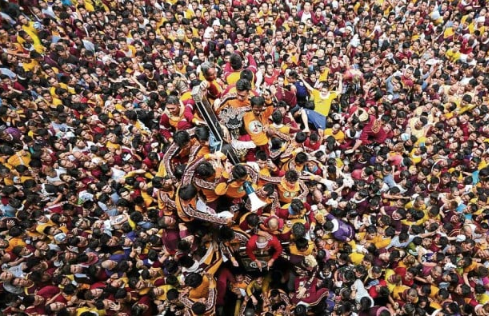 Thousands of devotees try to touch the image of the Black Nazarene in the Traslacion 2017. (File photo by GRIG C.MONTEGRANDE / Philippine Daily Inquirer)

The risk of a similar tragic Itaewon crowd crush happening in the Philippines is not farfetched due to the religious mass gatherings like the Black Nazarene and Penafrancia processions.

At least 150 people died of cardiac arrest on Oct. 29, 2022 as Halloween revelers crushed their way into a small alley leading to the main party area in Itaewon, Seoul, South Korea.

Some 100,000 people were estimated to have passed through the neighborhood excited about partying again after two years of strict Covid restrictions in the country.

It was about 10:20 p.m. (South Korea time) when the situation turned desperate as a number of people in an alley going to the main street fell over, causing a massive crush. Crowds pressing from both ends of the narrow alley caused more difficulty for people to get out.

Twenty-six foreign nationals are among the dead, from countries including China, Japan, Iran, Sri Lanka, Thailand, Uzbekistan, Vietnam, and Norway. 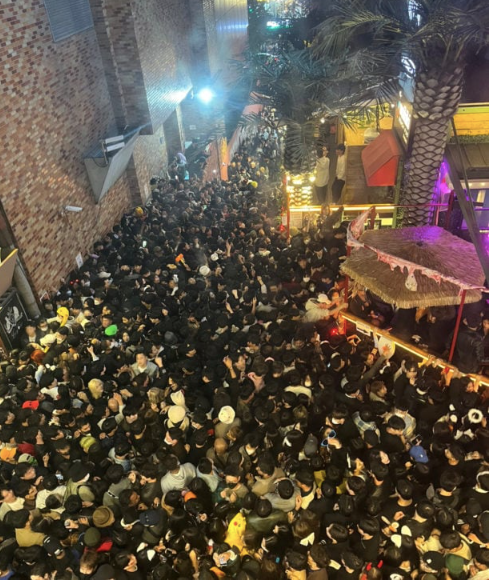 A street in Itaewon district is pictured full of people before a stampede during Halloween festivities killed and injured many in Seoul, South Korea, in this image released by Yonhap on October 30, 2022. (Yonhap) (Inquirer.net file photo)

Days before the deadly crowd crush incident, I walked every night around the neighborhood of Itaewon to explore the so-called party hub of Seoul. I stayed at the G Guesthouse in Itaewon for almost a week.

The area is studded with vintage shops, restaurants, pubs inspired by Western countries, and nightclubs along its steeply sloping and twisted alleyways on either side of the main road.

It is beyond my imagination that the crowd crush  tragedy will occur days after my flight back to the Philippines.

Filipino Catholics are known for having sincere, enormous, and extreme expressions of piety considering that the country is the third-largest Catholic population in the world.

The fervent devotion and faith shown by devotees became a prime manifestation of the fusion of Catholic and secular beliefs and practices of Filipinos.

Every January 9, the Traslación is a reenactment of the transfer of the Black Nazarene’s replica image from Intramuros to Quiapo Church in 1787.

Large crowds donned in maroon and yellow shirts wave white towels in the air as they forcefully gathered towards the carriage as it crawled through the generally narrow roads of Quiapo, Manila.

Many devotees join the procession as part of their panata (vow) which is usually carried out as a plea to God or as thanksgiving for healing, blessing or granting of/granted wish.

They believe that walking barefoot, wiping the image with the towels, holding and pulling the rope of the andas, and even climbing the carriage, will get them closer to achieving their prayers.

Walking barefooted is a symbolic gesture that emulates Christ’s suffering as he was carrying his cross to Golgotha.

Pedestrian devotees use physical force to aggressively touch the image mounted on the carriage.

The 2012 Traslación is currently the longest in the image’s recorded history as it ended 22 hours after leaving the Grandstand.

Traslacion is  also the term used the transfer of the Image of “Ina”  from the Basilica to Naga Cathedral  as part of the festivity every September in honor of Our Lady of Penafrancia, patroness of the Bicol region.

The mass gatherings attract severe health and safety risks due to pedestrian abnormal behavior, such as crowd crush, panic stampedes and turbulence.

Injuries and even death seem to be common occurrences brought upon by several factors including heat, fatigue, or being trampled upon by the crowd.

A crowd crush, as what happened in Itaewon, is created by the press of human bodies on a central point or points. Crowd crush occurs when a group of people is packed so close together that no one can move and they keep pushing, causing the crowd to fall in a “domino effect” making it hard to get up. 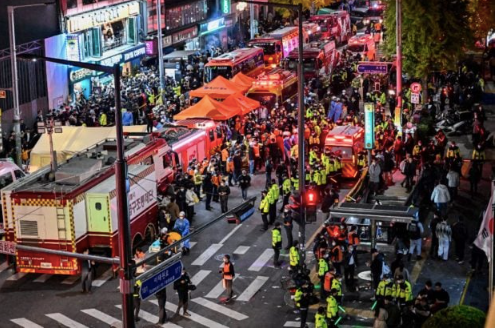 On the other hand, stampedes are usually created when a crowd starts fleeing from danger or a perceived danger.

The most common injury and death is “compressive asphyxia”, which occurs when people are pushed against one another so tightly that their airways become constricted.

Cause of death is generally attributed to suffocation as the lungs do not find enough space to expand, making it difficult to breathe. It takes 30 seconds before one loses consciousness, and about six minutes for one to suffer compressive or restrictive asphyxia.

Experts urge those caught in a crush to stay on their feet, adopting a boxer’s stance to maintain balance and keeping hands up by one’s chest to protect breathing space.

One must not resist the force of the crowd, but instead try to move diagonally to the edge of the crowd when there is a lull in movement.

If one falls down, experts advise to curl into a ball to try to protect oneself.

Proper risk management planning for these festivities is imperative to minimize the incidence of injuries and deaths.