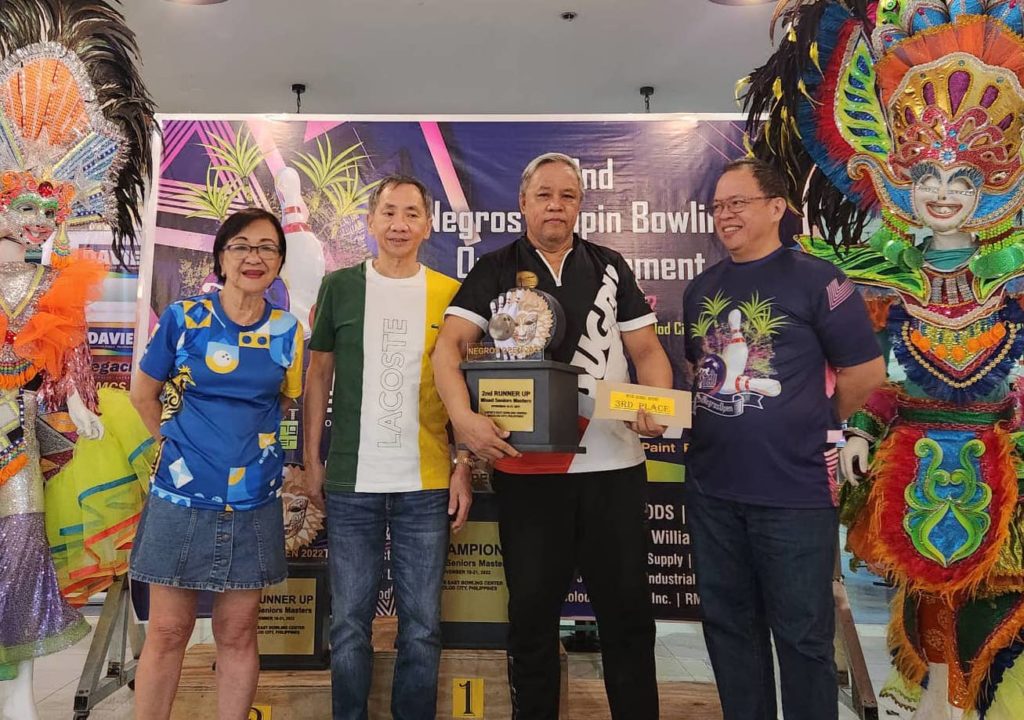 Alqueza finished with a total of 1,960 pinfalls to finish as third overall among 34 other bowlers from various bowling clubs from the Visayas and Mindanao.

Alqueza’s podium win came a day after his son, Heber Alqueza, ruled the mixed open masters of the tournament.

Besides Edgar and Heber Alqueza, two other members of SUGBU in Maeng Viloria and GJ Buyco also had podium finishes.