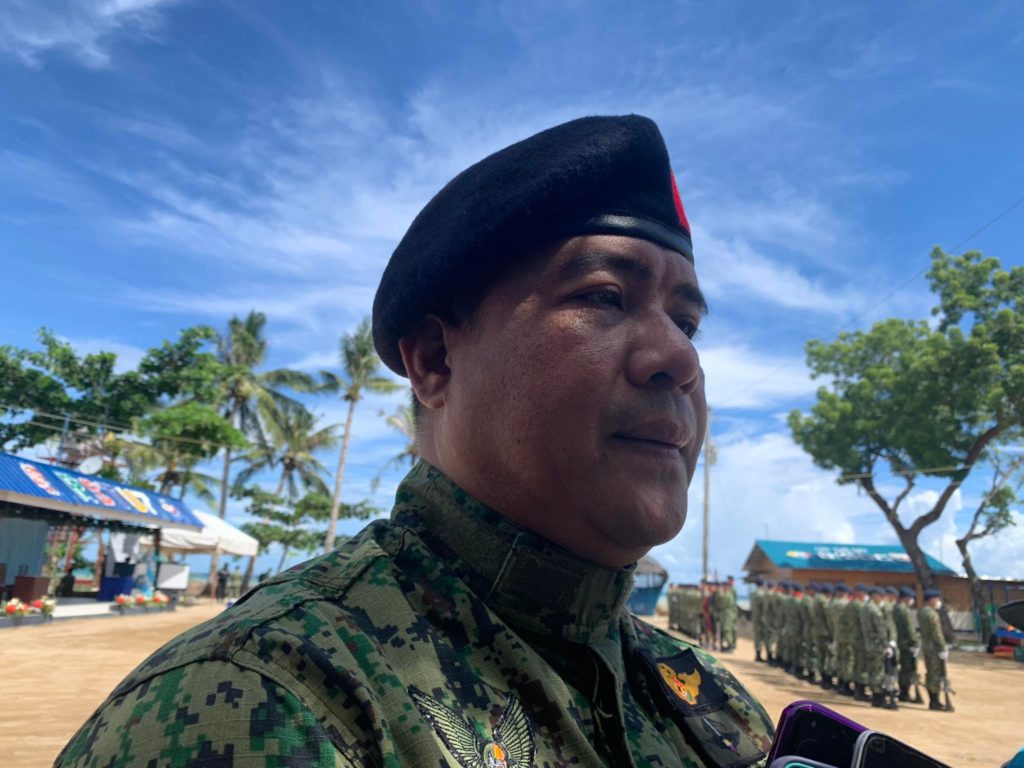 Police Lieutenant Colonel Ronan Claravall, force commander of the RMFB-7, says they are on full alert after the ambush of two Army intelligence officers in Negros Occidental. | Pegeen Maisie Sararaña

CEBU CITY, Philippines — The Regional Mobile Force Battalion in Central Visayas (RMFB-7) is on full alert status following the death of two Army intelligence officers, who were ambushed by unknown assailants on Thursday, Nov. 24, in Barangay Camboguit in Sipalay City in Negros Occidental.

Police Lieutenant Colonel Ronan Claravall, force commander of the RMFB-7, said that he already directed his personnel based in Negros Oriental to be ready at any time in case there would be a similar incident that would happen in Negros Oriental.

(We cannot just ignore it, but our personnel are in full alert status so that it will not spill over just in case something will happen.)

Killed during the ambush were Sergeants Regie Glendro and Ken Camilan of the 47th Infantry Battalion.

Claravall said that they were also doubling their efforts and intelligence gathering against any threat in their respective areas of jurisdiction.

The RMFB-7 has two maneuver companies based in Negros Oriental, the 704th station in Mabinay town and 705th in Santa Catalina.

For his part, Police Brigadier General Roderick Augustus Alba, PRO-7 director, said that even if the area was peaceful, this should not become a reason to be complacent.

“We should always maintain our stance. Huwag magpakampante. Always base on risk and threat assessment,” Alba said.

Viscom to ‘remaining members’ of CPP-NPA: Surrender, reconcile with gov’t

DND, military in unusual fix due to vacant top-tier posts