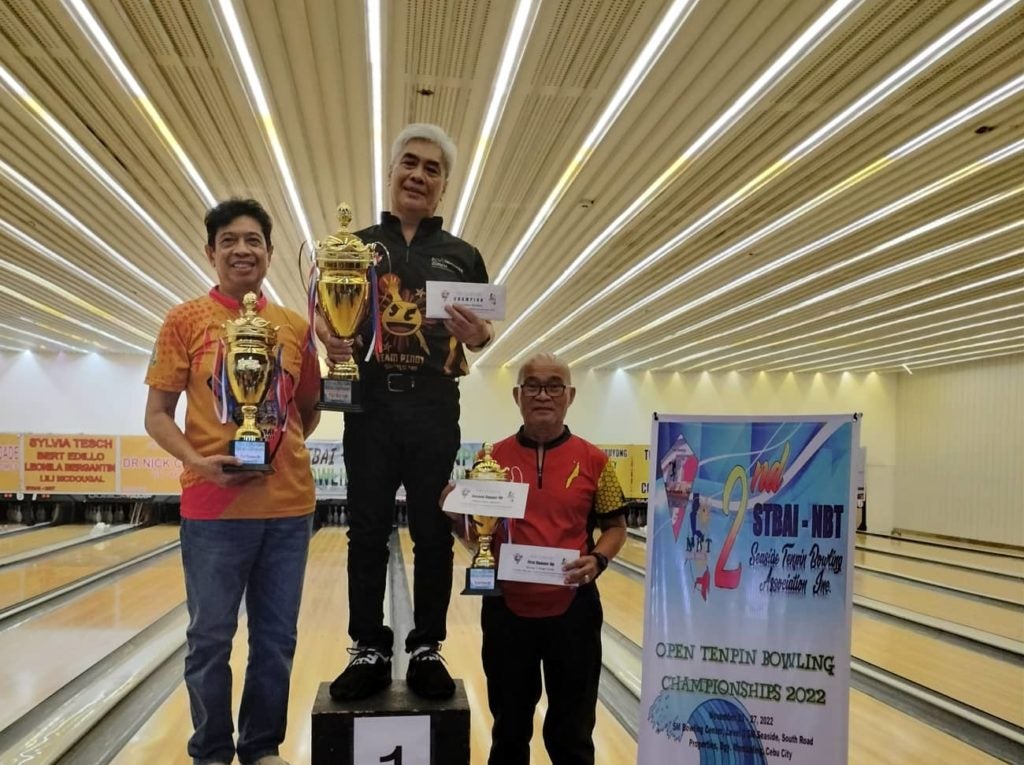 According to STBAI president Florante Calipay Sr., their tournament proved to everyone that it is now safe to come out and play bowling amidst the fear of the Covid-19 pandemic.

“Everyone who took part in the tournament was well-informed that our association is capable of hosting a national-level tournament. So, we’re expecting more participants next year.”

STBAI is eying June or September for the third edition of the national-level tournament, which will still be sanctioned by the Philippine Bowling Congress (PBC).

Over 70 bowlers from Luzon, Visayas, and Mindanao vied in the tournament with STBAI’s very own’s Noli Perez emerging as the overall champion.

Perez, a Boholano kegler, defeated Calipay in the all-STBAI championship round by knocking down 199 pins against the latter’s 198.

“When it comes to the competition. There was a home court advantage, knowing we are more familiar with the lane condition, the oiling of the lanes,” Calipay  said.

The tournament also served as an avenue to unite Cebu’s bowling community as members from the Cebu Tenpin Bowling Association (CETBA) and Bowlingplex Tenpin Association (BTA) took part in the event.

STBAI will wrap up 2022 with the much-awaited “Bowler of the Year” tournament next month, featuring 12 of the best monthly bowlers.