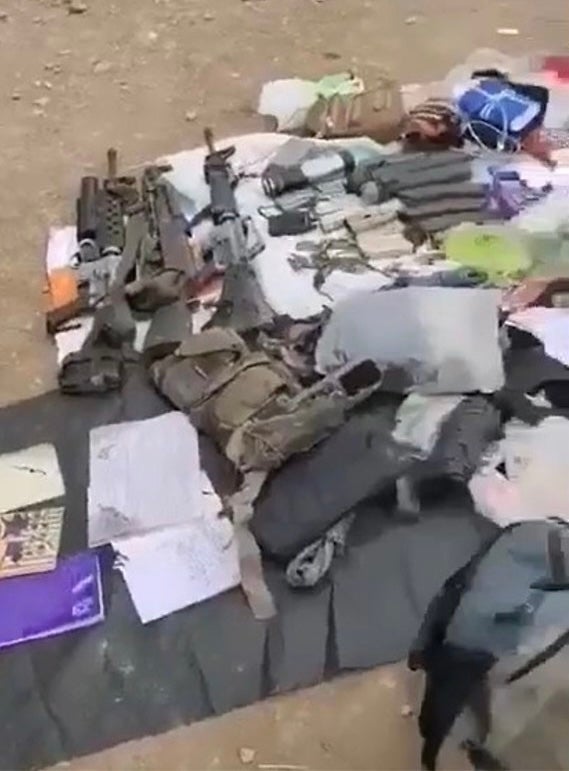 Firearms and alleged war materials were seized by government troops from NPA rebels during an encounter at Brgy Quintin Remo, Moises Padilla, Negros Occidental on November 28, 2022.| Photo by Viscom

CEBU CITY, Philippines — NPA rebels in the Visayas continue to weaken in the face of unrelenting operations by government troops in the region.

Major General Benedict Arevalo, the acting commander of the Visayas Command (VisCom), confirmed this and appealed to the remaining rebels to surrender.

“The CPP – NPA terrorists in the Visayas continue to weaken with these series of setbacks. We will sustain our campaign until such time that this menace is totally eradicated. Thus, we appeal to the few remaining members of the CPP – NPA terrorists. Lay down your arms and return to the folds of the law before the long arms of justice will catch up with you,” Arevalo stated.

Arevalo stated this after the encounter in Barangay Quintin Remo, Moises Padilla in Negros Occidental on Monday, November 28.

The 40-minute firefight resulted in the death of two alleged terrorists and the recovery of six firearms and alleged subversive documents.

Based on VisCom’s report, from November 16 to 25, they neutralized 14 alleged terrorists. Nine of these were killed, two surrendered, and three were arrested.

A total of 60 firearms were also seized during said period.

Viscom to ‘remaining members’ of CPP-NPA: Surrender, reconcile with gov’t