‘Walk with Jesus’: 300,000 devotees participated in the activity 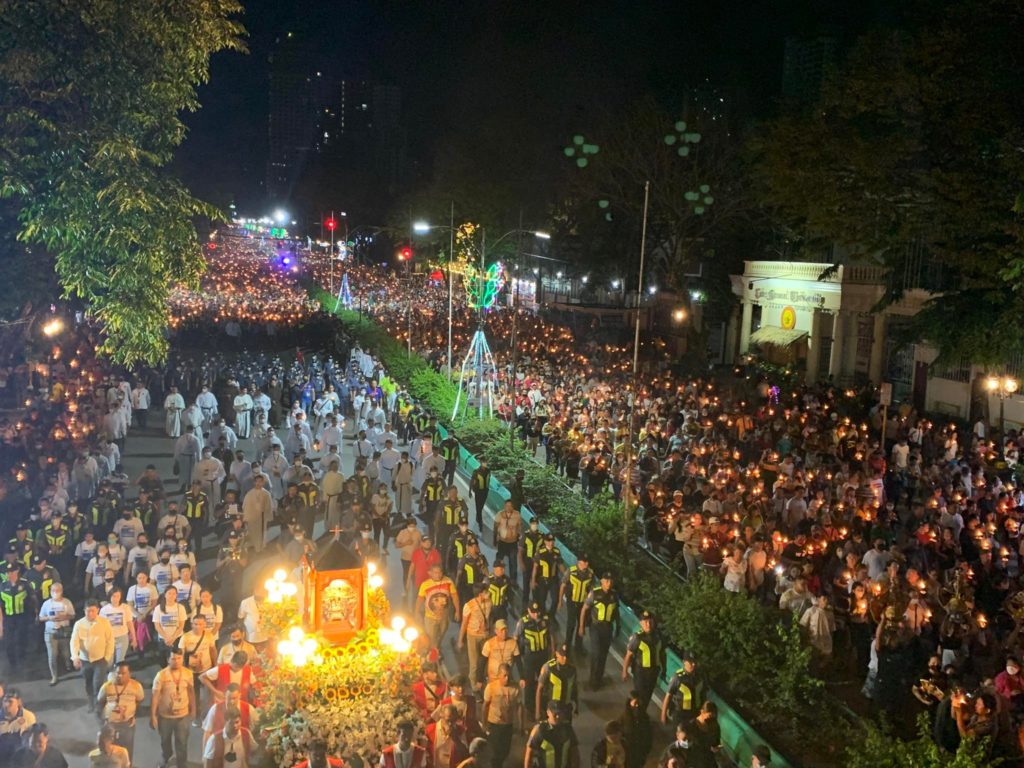 CEBU CITY, Philippines — Authorities has estimated around 300,000 devotees have attended the Penitential “Walk with Jesus” on Thursday dawn, Jan. 5, 2023.

Dalogdog said that based on historical data, authorities recorded around 150,000 devotees, who attended this same religious activity during the pre-pandemic years.

He also said that this was also the information from Harold Alcontin, chief of the Cebu City Disaster Risk Reduction and Management Office (CDRRMO).

Despite the crowd influx, Dalogdog said that they did not record any untoward incident that happened related to this activity.

He said that overall, the activity was generally peaceful.

Alcontin, for his part, said that they only attended to two individuals, who felt dizzy outside the Basilica Minore Del Santo Niño Pilgrim Center while attending the Opening Salvo.

Inside the Basilica, emergency responders said that from the four emergency stations set up at the corners of the center, they also attended to five persons, who also felt dizzy during the opening salvo.

For his part, Police Brigadier General Jerry Bearis, director of the Police Regional Office in Central Visayas (PRO-7), said that as part of their preparations, he already directed his men to conduct table tap exercises for all the activities and do briefing and debriefing for all the activities to see what would need to be improved.

(We cannot tell the lessons learned there can improve our situation. We cannot do this again if there is something or someone that we can improve from our previous activity so that this cannot be repeated in the next activity.)