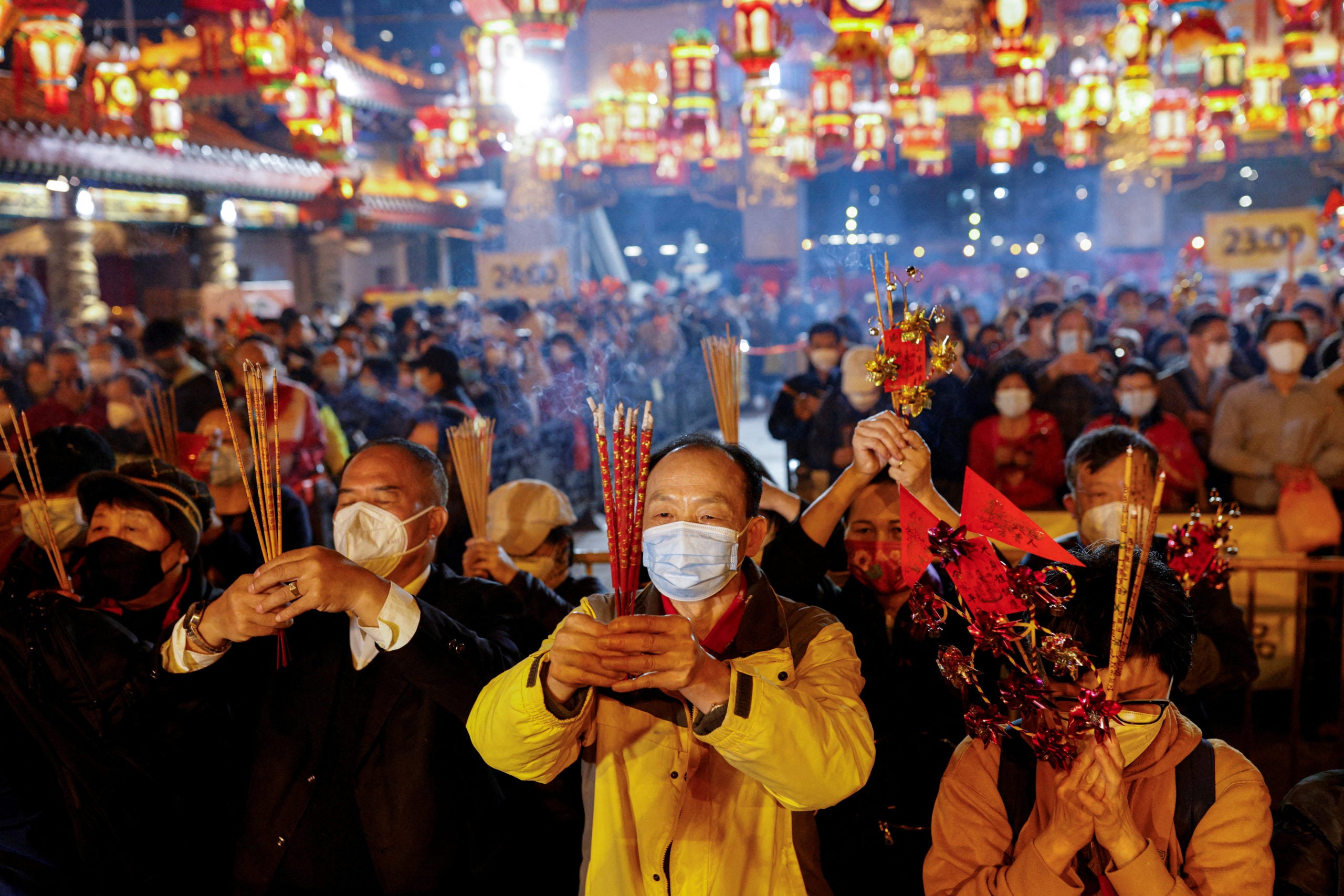 BEIJING — China rang in the Lunar New Year on Sunday with its people praying for health after three years of stress and financial hardship under the pandemic, as officials reported almost 13,000 new deaths caused by the virus between January 13 and 19.

Queues stretched for about one kilometre (a half-mile) outside the iconic Lama temple in Beijing, which had been repeatedly shut before COVID-19 restrictions ended in early December, with thousands of people waiting for their turn to pray for their loved ones.

One Beijing resident said she wished the year of the rabbit will bring “health to everyone”.

“I think this wave of the pandemic is gone,” said the 57-year-old, who only gave her last name, Fang. “I didn’t get the virus, but my husband and everyone in my family did. I still think it’s important to protect ourselves.”

Earlier, officials reported almost 13,000 deaths related to COVID in hospitals between January 13 and 19, adding to the nearly 60,000 in the month or so before that. Chinese health experts say the wave of infections across the country has already peaked.

The death toll update, from China’s Center for Disease Control and Prevention, comes amid doubts over Beijing’s data transparency and remains extremely low by global standards.

Hospitals and funeral homes were overwhelmed after China abandoned the world’s strictest regime of COVID controls and mass testing on Dec. 7 in an abrupt policy U-turn, which followed historic protests against the curbs.

The death count reported by Chinese authorities excludes those who died at home, and some doctors have said they are discouraged from putting COVID on death certificates.

China on Jan. 14 reported nearly 60,000 COVID-related deaths in hospitals between Dec. 8 and Jan. 12, a huge increase from the 5,000-plus deaths reported previously over the entire pandemic period.

Spending by funeral homes on items from body bags to cremation ovens has risen in many provinces, documents show, one of several indications of COVID’s deadly impact in China.

Some health experts expect that more than one million people will die from the disease in China this year, with British-based health data firm Airfinity forecasting COVID fatalities could hit 36,000 a day this week.

As millions of migrant workers return home for Lunar New Year celebrations, health experts are particularly concerned about people living in China’s vast countryside, where medical facilities are poor compared with those in the affluent coastal areas.

About 110 million railway passenger trips are estimated to have been made during Jan. 7-21, the first 15 days of the 40-day Lunar New Year travel rush, up 28% year-on-year, People’s Daily, the Communist Party’s official newspaper, reported.

A total of 26.23 million trips were made on the Lunar New Year eve via railway, highway, ships and airplanes, half the pre-pandemic levels, but up 50.8% from last year, state-run CCTV reported.

The mass movement of people during the holiday period may spread the pandemic, boosting infections in some areas, but a second COVID wave is unlikely in the near term, Wu Zunyou, chief epidemiologist at the China Center for Disease Control and Prevention, said on Saturday on the Weibo social media platform.

The possibility of a big COVID rebound in China over the next two or three months is remote as 80% of people have been infected, Wu said.

After China re-opened its borders on Jan. 8, some Chinese also booked trips abroad. Asia’s tourist hotspots have been bracing for the return of Chinese tourists, who spent $255 billion a year globally before the pandemic.

“Because of the pandemic, we hadn’t been out of China for three years,” said tourist and business owner Kiki Hu, 28, in Krabi on Thailand’s southwest coast. “Now that we can leave and come here for holiday, I feel so happy and emotional.”

90% of people in China province infected with COVID-19–official

Read Next
Japan’s first oral abortion option up for approval