Pope: ‘I’m sorry to have to leave sooner…’ 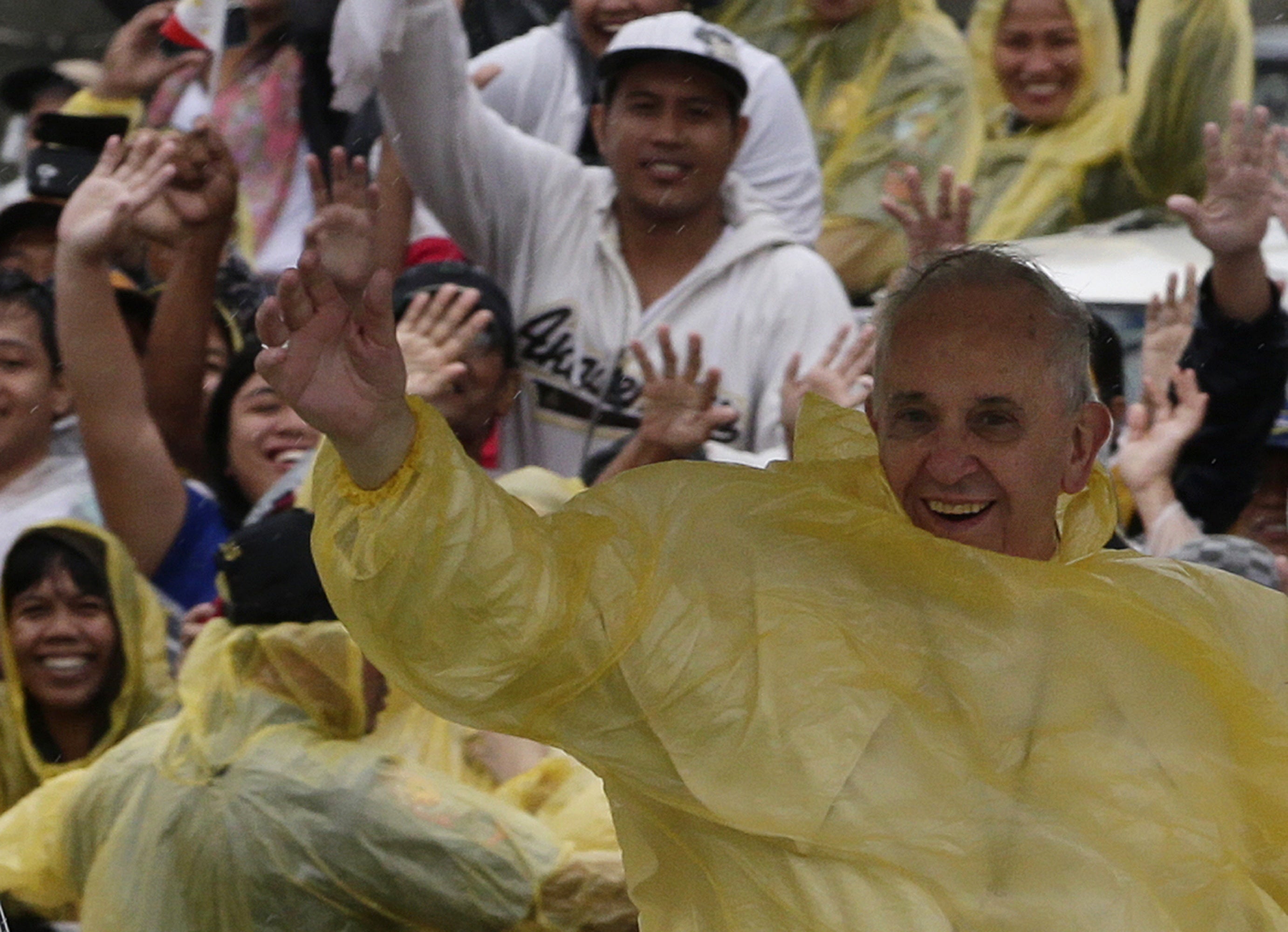 PALO – Pope Francis apologized to the thousands of people in Leyte for cutting short his trip due to tropical storm “Amang.”

“Thank you for your warm welcome,” he told the crowd at the Palo cathedral.

“The plan today was for the plane to leave 5 p.m. But a second great typhoon is around us. And the pilot insisted we leave one o’clock. After 1 p.m., it’s going to be worse,” he said in Italian through an interpreter.

“So I apologize to you all. I’m saddened because I have something prepared especially for you, But let us leave everything in the hands of Our Lady (Blessed Virgin Mary).”

About a thousand priests, nuns, and lay persons gathered inside the Metropolitan Cathedral of the Lord’s Transfiguration.

Pope Francis led the people in  praying the ‘Hail Mary’ in Italian.

He gave a short parting statement to the clergy and religious: “Pray for me.”

“Second, be quiet,” he quipped.

His last remark drew laughter from the people.

Palo Archbishop John Du handed a gift  – a miniature image of the Our Lady of the Immaculate Conception.

The 18-inch icon was carved by Pampangeno sculptor Willy Layug from  Yakal wood that was part of the beam of the Palo Cathedral that fell during the height of super typhon Yolanda on Nov. 30, 2013.

In return, Pope Francis gave a mosaic image of the Madonna del Populo or Mother of the People.

He passed by a mass grave where about 150 bodies were buried days after the super typhoon Yolanda wrecked havoc in the Visayas region.

He no longer lighted a candle. He raised his right hand and blessed the mass grave with the sign of the cross while about a hundred relatives of those buried there looked on from about 50 meters.

Throngs of people lined along the route  waving their hands and cheering.

The Mass at the airport was “simplified” due to the bad weather, said  Fr. Raymund Mazo, chairperson of the committee on liturgy of the Palo Archdiocese.

“We decided to shorten the liturgy; no distribution of Holy Communion to the public during the Mass,” he said.