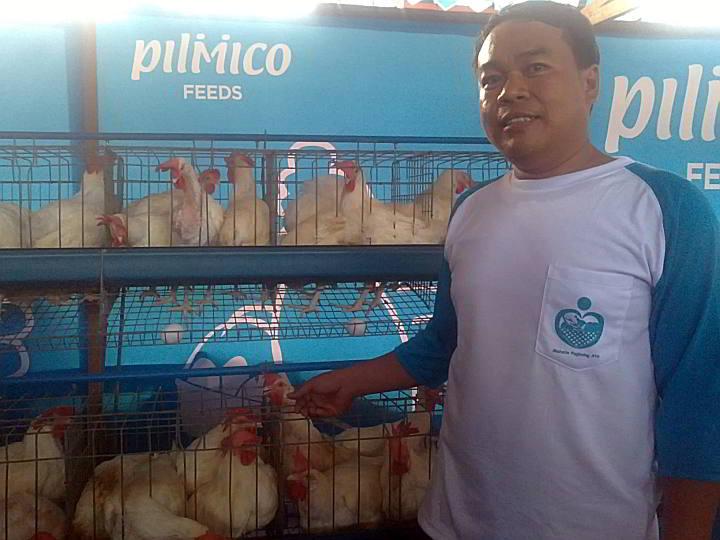 More than a year after surviving the onslaught of supertyphoon Yolanda, northern Cebu residents like Raul Remulta have picked themselves up and rebuilt their lives.

Remulta, a barangay councilman of barangay Caputatan Norte in Medellin town, Cebu earns P2,700 to P3,500 a month selling eggs to his constituents at P5 per piece and P6 per piece to customers in Cebu City.

He uses the extra money he earns from the venture to support his parents and nine siblings. Remulta gives away eggs for free to senior citizens and schoolchildren.

He sources his eggs through a livelihood program sponsored by Pilmico Foods Corp. and the Ramon Aboitiz Foundation Inc (RAFI).

“The program is a big help for the people so they can earn even a small income that they can use to cover their immediate expenses,” Remulta said in Cebuano.

Turnover
Pilmico is a food subsidiary of Aboitiz Equity Ventures and is one of the country’s largest flour milling companies while the Ramon Aboitiz Foundation is the non-stock, nonprofit arm of the Aboitiz Group.

Pilmico and RAFI distributed 48 hens, feeds and equipment like egg machines, troughs and pens for 15 beneficiaries or five beneficiaries each in Bogo City, Medellin and Daanbantayan towns in northern Cebu last June 30.

But they formally turned over the facilities at the Medellin Sports Center only last Friday.

Norie Bermudez, asst. vice president of Pilmico’s Funds and Sales Division, said they chose as beneficiaries those with a background of raising poultry.

Pilmico and RAFI also distributed P10 million in relief goods and housing materials to Yolanda victims. Dr. Bryan Taala, one of the biggest suppliers of eggs in the Visayas said the produce of the beneficiaries help minimize egg shortage  in the Visayas which is also recovering from supertyphooon Yolanda’s wrath.

“I don’t know if northern Cebu could have recovered fast if we had relied only on the government. Due to the generosity of private and foreign groups, the recovery of northern Cebu was easier and faster compared to other areas that were hit by Yolanda,” he said.