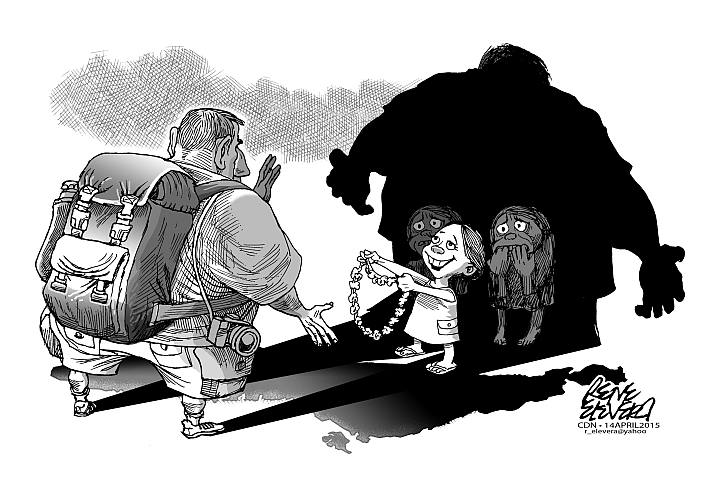 Last week’s arrest of a Canadian retiree who was found in the company of four underage girls in his motel room in Bogo City, showed the need for more vigilance in the tourism industry, the local government and police.

The lure of easy money, conditions of poverty, and parents who don’t think there’s anything wrong  in sharing their children with adult foreign males are factors that abet  human trafficking.

When arrested by the police, Levis Talbot expressed surprise, saying there was “nothing wrong” going on. The girls were fully clothed and watching TV in the room.

Why the minors were allowed to spend the night alone with a man not their relative  is a question for  conscience of their parents and family elders.  Why two sisters from Consolacion town, several kilometers away, ended up in Bogo City is another anomaly to be answered.

The motel is just a street corner away from the police station of Bogo City.

It must have come as a surprise for Talbot to learn  he was being charged for child abuse when the little girls were “rescued” based on on the complaint of a mother, who squealed after sending her daughters to him in the first place.

Under Republic Act 7610, a special law for the proteciton of children against abuse and exploitation, it’s illegal per se for anyone to bring a  minor  to places like hotels, motels and tourism establishments or someone who is ten years younger than the adult unless they are relatives or have some other legal bond.

According to the grandmother of two of the girls from Bogo City, Talbot has been a “family friend” for years, staying at their home and sleeping on their lantay  when he would visit the city.  The lola, who knew about the little girls’ whereabouts, ended up behind bars with Talbot and the mother.

With his frequent visits to Bogo City, then, Talbot  can’t feign ignorance of the law, which acts as a safeguard against pedophiles, whether local or foreign.

The establishment itself, Gabrielle’s Court, has a lot of explaining to do, including why it allowed the 73-year-old guest to bring in four underage girls.  That could make the management an accessory to a grave offense.

Child rights advocates who have handled a growing number of child sex abuse cases in Cebu caution that the actual spectrum can start with innocent  overtures like befriending a family, showing kindness, and treating a target well with gifts and treats.   The term for this benign stage is  “grooming”.

Unless the community  is alert, the friendly face of a foreign visitor could later turn into that of a predator.

It will take more than a help desk in the busy Polambato wharf to address human trafficking in Bogo city, which racked up an unsual record of three apprehensions of male foreigners charged with child abuse since February.  Change starts with a concerted effort by all stakeholders in a community to recognize that the benefits of tourism come with the risk of attracting the wrong kind of visitors.