GOING FOR THE KILL 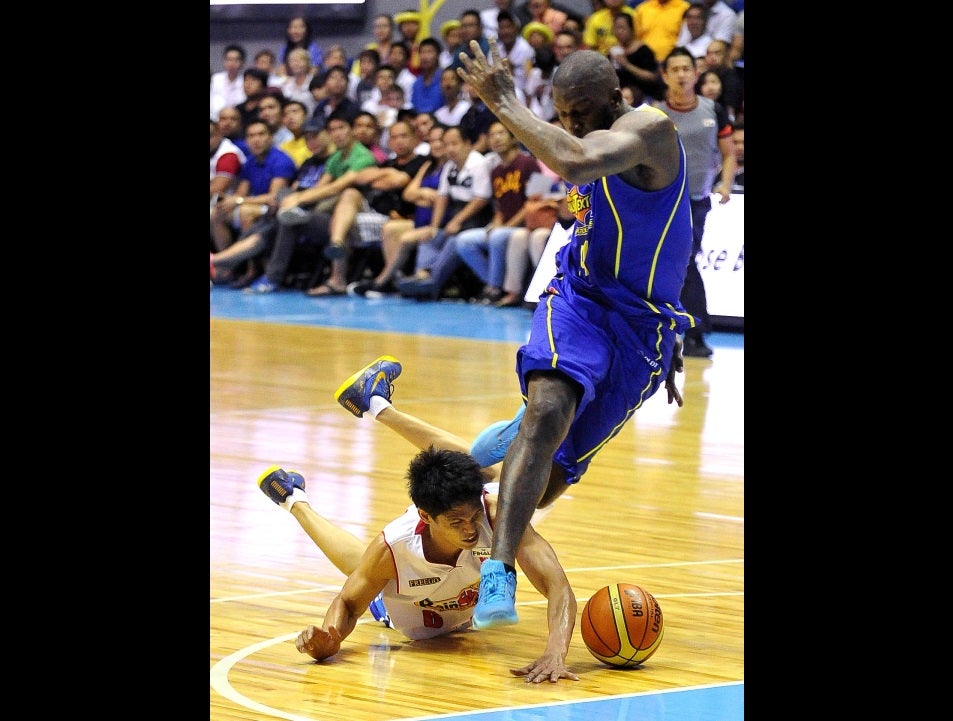 Ivan Johnson and the Talk ‘N Text Tropang Texters try to finish off Jireh Ibañez and the rest of the Rain or Shine Elasto Painters in Game 6 of the 40th PBA Commissioner’s Cup Best-of-7 Finals today at the Araneta Coliseum. (INQUIRER PHOTO)

A series that featured skirmishes resulting to hefty fines and a suspension could come to an end as the Talk ‘N Text Tropang Texters look to close out the Rain or Shine Elasto Painters today in Game 6 of the  40th PBA Commissioner’s Cup Best-of-Seven Finals at the Araneta Coliseum.

Regaining ground after succumbing to back-to-back losses in Games 2 and 3, the Tropang Texters are out to win their seventh championship crown and Jong Uichico looks to join five other coaches to a title with three different teams.

Defense has been Talk ‘N Text’s calling card in the     series as it won all the games in which it limited Rain or Shine below 100 points.

The Tropang Texters tied the series at two games apiece after scoring a fight-marred 99-92 win in Game 4.

A near free-for-all broke out in Game 4 following a wrestling match between Talk ‘N text’s Matt Ganuelas-Rosser and Rain or Shine’s Jireh Ibañez. Burly Rain or Shine forward JR Quinahan was also involved in the fracas that saw him throwing the ball at Rosser’s face.

“We don’t want the momentum to shift back to Rain or Shine. Dapat i-control pa rin namin ang dapat i-control especially our attitude towards the game,” Uichico added.

Stopping De Ocampo, Johnson and Castro will be the key if Rain or Shine is to force a Game 7.