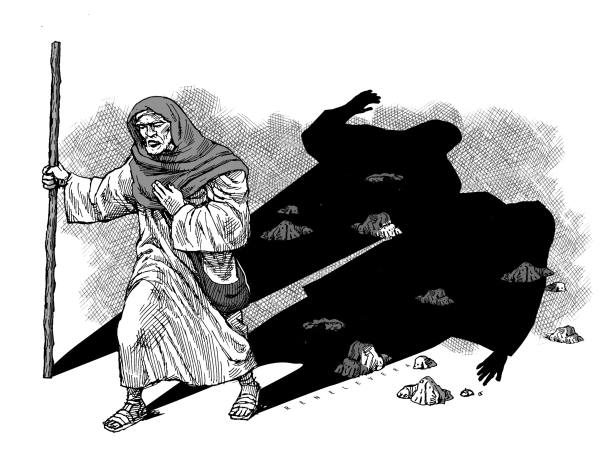 I have, stashed somewhere, a short rattan cane, three canes in fact. I acquired them from a stick fighter who gave me, my son and daughter, instruction in arnis, a native martial art. The three of us actually did three or four months of training, and then, as often happens, turned to other preoccupations and forgot about the fighting sticks. Not too long ago, amidst rumors of a rabid dog prowling the streets of our village, I turned the house upside down looking for them, in vain.

I mention this because, of late, I have fancied owning and using a walking stick. Lest anyone take this a sign of age, I believe I still have lusty legs and, if tempted, will run upwards of five miles, okay, three miles. I just find the idea of walking with a stick attractive, perhaps in the same way that I relish listening to Italian madrigals.

In fact, at one time, no one ever thought of leaving the house without a walking stick, and not just because of stray dogs with needle-sharp fangs. The bumpy terrain called for something to balance and support one with, and if the path coursed through weeds and trees, and damp, suspicious grounds, nothing could beat a staff in clearing away the cobwebs and nettles, and testing the trustworthiness of the earth.

I imagine that likewise the old-timer would keep a stick around in aid of outdoor dreams. Sleep could catch up with him during a trek to the mountains, and, finding a suitable seat of rock or log, he could take a snooze without falling on his mug if he but held on to the stick put in place before him, although, as to the dreams, the staff could not give him any assurance.

This I take for granted, that in Jesus’ time the use of the stick was usual, if not compulsory.  Mark writes that when Jesus sent the Twelve out two by two, he allowed them to have, aside from the shirt on their backs, only two things – sandals and a walking stick. Just these – not even food or sack or money in their belts.

But they could stay wherever a welcome awaited them, wherefrom they could preach repentance, drive out demons and heal the sick by anointing them with oil.  And if the people turned them away or refused to listen to them, Jesus directed them to leave without delay and “shake the dust off your feet in testimony against them.”

What kind of stick did they have?  I could only guess, not being a rabologist or scripture scholar or both.  Perhaps fashioned out of felled wood. The apostles were no fops and so went for whatever rod had enough strength and a smooth grip.

Surely, in telling the Twelve that they could have a staff or rod with them, Jesus wanted to evoke the protecting and consoling companionship of God conveyed by these lines from Psalm 23:

Even though I walk through the valley of the shadow of death,
I will fear no evil, for you are with me;
your rod and your staff comfort me.

Acting on a hunch, I searched eBay for whatever walking sticks it offered, and found quite a number of various materials and styles – tube, collapsible, folding, with stool chair, with umbrella; made of metal, cane or wood (ebony, hazel, blackthorn), of deer antler.  There was even a Steven Seagal Ten Shin walking stick.

In the end, I found no need to order any of these sticks, whether online or off. Did I not say that I had three rattan canes stowed away somewhere?  I know that, like most lost things, they will resurface in their time. Besides, my muscles, bones and sinews still in good commission, I may not need a walking stick after all. Or perhaps I do – in the other sense that Jesus meant when he allowed the Twelve to have a staff, in the sense that their walking stick was really the Lord himself, in whose name they would have power – to preach, to cast out demons, and to heal.

As to sandals, I have a pair of Birkenstock, a gift from my son.