Southwestern University (SWU) through its Chairman of the Board, Chito Salazar, has apologized for the controversial fiasco that saw their high school basketball coach and five players get lifetime bans from the Cebu Schools Athletic Foundation Inc. (Cesafi) for submitting falsified documents for screening.

Head coach Rey Lubguban and players Elber dela Cerna Catinggan, Reynaldo Obarco Jr., Mark Anthony Quilab, Andy Jones Turno and Edwin Abo-abo were banned from ever competing in the Cesafi for tampering with their National Statistics Office (NSO) birth certificates to make it appear that they were younger than their actual age to gain eligibility for the 2015 Cesafi juniors tournament.

SWU athletic director Ryan Aznar presented the documents to the media during a press conference at their campus yesterday. In one instance, the numeral “0” was tampered with to appear like an “8” which meant that the player was actually eight years older than what he declared.

In a statement released to the press, Salazar assured the public that the matter is being taken seriously and that an investigation is already ongoing. He added that incidents of “inappropriate behavior” and “unethical practices” shall not be tolerated on his watch.

“We will endeavor to clean up our athletics program and make sure that there are no more incidences of inappropriate behavior, of unethical practices, falsification, extortion or corruption. For Phinma, education, integrity and professionalism are core values,” said Salazar in his statement.

The plan to mislead the league was uncovered during an investigation led by league commissioner Felix Tiukinhoy on Monday. Tiukinhoy said the players admitted to the wrongdoing.

The shocking development prompted SWU to dissolve its high school basketball program and withdraw its participation in the league this season. The move was made official in a correspondence sent to Tiukinhoy by the school’s Vice President for Student Life, Gilbert Magno Braganza.

“As a result of this unfortunate development, we have decided to dissolve the high school basketball team and withdraw from this year’s tournament until such time we conduct our own investigation into this disturbing matter, enforce our own sanctions on those involved, and establish a team that meets all the rules of the tournament as well as embodies the true ideals and vision of the school,” Braganza said in the letter.

Braganza though, asked for patience in this matter as the school remains in a management transition process after education conglomerate Phinma, which operates schools in other parts of the country, acquired majority shares in SWU last month. 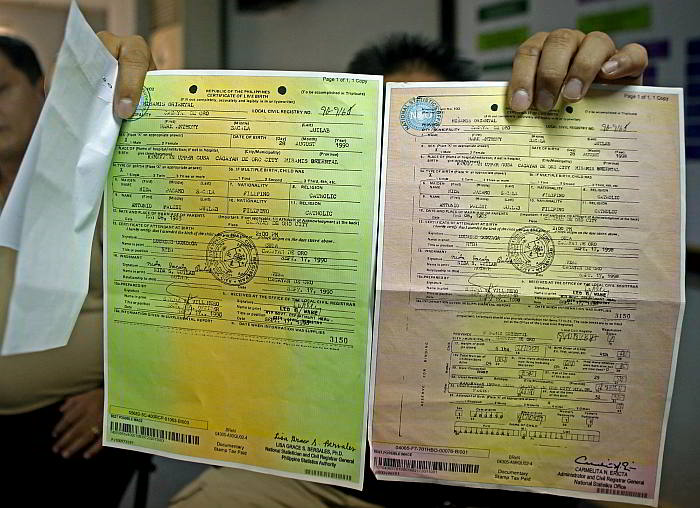 PROOF. An official of the Southwestern University shows some birth certificates issued by the Philippine Statistics Authority (PSA) which bore some tampered entries.
(CDN PHOTO/LITO TECSON)

SWU’s legal counsel, Godwin Manginsay, admitted that they also had their shortcomings in determining the authenticity of the documents but emphasized that it was never intentional.

“We also have to admit that we did not have the capability to determine whether these documents were legitimate or not. They presented to us documents that were authentic in form but there were some tampering done that escaped our scrutiny. It was not intentional. SWU would never participate in such a thing.”

The erring players have already been sent home to their respective provinces while Lubguban remains in Cebu until the investigation ends. Aznar also added that for now, they will be focusing on developing their grassroots basketball program.