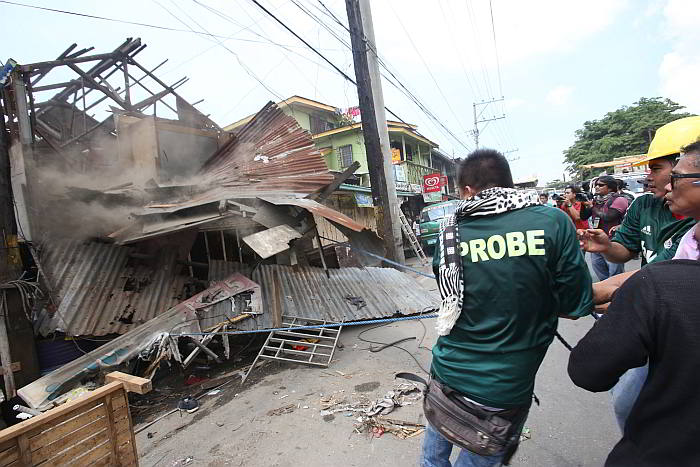 After failing thrice to get a favorable ruling, former Cebu City mayor Tomas Osmeña trained his sights on the judge.

Osmeña, through his lawyer Benjamin Militar, asked Judge Alexander Acosta of the Regional Trial Court Branch 9 to inhibit himself from handling the case over the demolition of houses in the Doña Pepang Cemetery.

The judge had dismissed Osmeña’s  petition to grant a temporary restraining order to stop City Hall.

In his pleading, Osmeña said the judge  tolerated Cebu City Mayor Michael Rama’s  violation of  the Constitution by allowing the demolition of  homes of informal settlers inside Doña Pepang Cemetery which the city government plans  to transform into a heritage park.

“The honorable presiding judge had an inexplicable resoluteness to dismiss this case on the flimsiest of reasons. He became a stickler to procedural rules, by hiding behind them,” said the pleading.

The motion for inhibition is set for a court hearing tomorrow.

Osmeña earlier filed a civil case for prohibition in court, arguing that Rama has no right to disturb the present condition of the Doña Pepang Cemetery.

The judge didn’t grant the petition and turned down a request for reconsideration.

The judge eventually dismissed the case after Osmeña’s camp failed to attach in its petition a certified true copy of any order or resolution of Mayor Rama to demolish the cemetery.

The judge also disallowed other settlers from intervening in the case, saying it was “utterly without basis.”

Legal standing
When the case was heard last Monday, the judge chided Osmeña’s lawyer for trying to convince the court to allow the settlers to intervene in the case.

Acosta asked Militar about Osmeña’s legal standing  when he tried to represent the settlers.

It took about a minute before Militar could answer the judge.

After scanning the records of the case, Militar said Osmeña filed the case as a “citizen.”

Based on the rules of litigation, however, the petitioner can only stick to issues concerning his rights or property.

No grounds
And since the settlers were not allowed to intervene in the case which Osmeña filed, the former mayor cannot sue in behalf of other people.

Doña Pepang Cemetery houses the Osmeña mausoleum in which the remains of the late senator Sergio Osmeña Jr., Osmeña’s father, and the late first lady Estefania

Cebu City Legal Officer Jerone Castillo said there are no sufficient grounds for Judge Acosta to inhibit himself from the Doña Pepang Cemetery case.

“We will oppose it because there are no grounds to inhibit. With all due respect, we can’t allow such things to happen,” he said.

Castillo cited an earlier injunction case on the reblocking of the fire-stricken barangay Lorega San Miguel in which lawyer Benjamin Militar was also the counsel.

Castillo said Militar asked for an inhibition twice from two different judges when his client didn’t get the injunction.

“It seems that if they don’t get a favorable ruling, they will just ask the judge to inhibit,” he said.

The City Legal Office is now preparing its opposition on Osmena’s motion to inhibit which they will submit to the court.

Settlers in the cemetery have started to  voluntarily dismantle their structures./With Reporter Jose Santino S. Bunachita