Organizer, local officials upbeat that Cebu can do better job for Ironman 2016 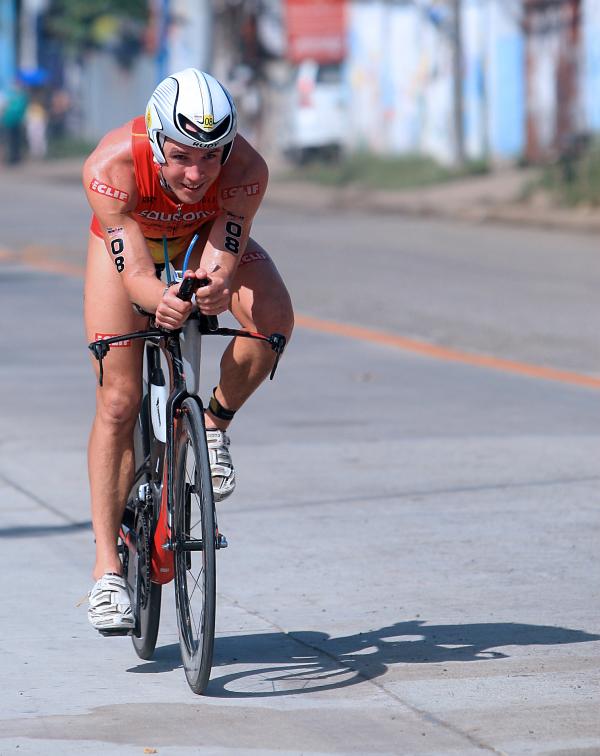 “It’s the overall experience that makes Cebu such a wonderful place to race in. For me, it’s the support of all the people on the road that’s such a big thing. They’re so enthusiastic, it made the race worth it,” he said.

Wilfred Steven Uytengsu Jr., president and chief executive officer of organizer Sunrise Events, Inc., said this year was extra special because of the cheers from the spectators.

“Thank you so much, Cebu. You don’t know how much you lift the hearts of the participants from your cheers,” he said.

Asst. Provincial Administrator Ramil Abing noted that“Plaridel Street (in Mandaue City), which organizers were concerned about due to an ongoing project, was cleared and leveled just in time.”

Patched up
Event organizers and Metro Cebu officials earlier voiced concerns over the ongoing road projects in Mandaue City which have aggravated the city’s traffic congestion problems ahead of this month’s Asia-Pacific Economic Cooperation (APEC) meetings.

Abing credited better coordination among the participating local government units (LGU) for the successful turnout of the Cobra Ironman 70.3, which drew 2,618 participants from across the country and abroad.

“I think it can be seen in the preparations. You can see the improved number of participants,” he said.

Okay performance
Abing said the province, together with the cities of Mandaue, Cebu, Lapu-Lapu, and Talisay, did an “okay” performance.

“We gave our full support to the organizers because that is the directive of the governor,” he said.

But he admitted that road conditions, especially in Mandaue City, were far from perfect.

“Hopefully, we won’t be having the same concerns in time for the Asia-Pacific Championships,” Abing said.

Close to perfection
Lapu-Lapu City Tourism Officer Hembler Mendoza said he believes the city and the participating LGUs can do better next year even with a bigger crowd.

He said the event helped promote Lapu-Lapu City among foreign and domestic participants.

Mendoza said Shangri-la’s Mactan Resort’s 336 deluxe rooms were fully booked within two weeks prior to the competition. Hotel revenues were expected to rise due to the event.

“Ironman is close to perfection if Plaridel Street was asphalted earlier,” he said.

Mendoza said this year’s event is a learning experience for everyone involved as they prepare for the Cobra Ironman Asia-Pacific Championships in August next year.

Abing said the provincial government is ready to take on the challenge of hosting the event, with the help of the participating LGUs and other groups.

Do better
Acting Gov. Agnes Magpale said organizers can expect the same commitment from the provincial government for next year’s Ironman event.

“Whatever they need, whether infrastructure support, we hope to do better next year,” she told Cebu Daily News.

Optimism
After Ironman, Cebu will play host to several meetings of the Asia-Pacific Economic Cooperation (APEC), which will draw 3,200 international delegates coming in and out of Cebu starting Aug. 22.

SEI program director Princess Galura said the event turned out well despite their earlier concerns on the road projects.

“For our part, all of our preparations have been worth it. What I can say is that so long as there is cooperation from government agencies and LGUs in Cebu, we can pull off anything even the Asia-Pacific (championship),” Galura said.

Read Next
‘Crowd control, response time need to be improved’