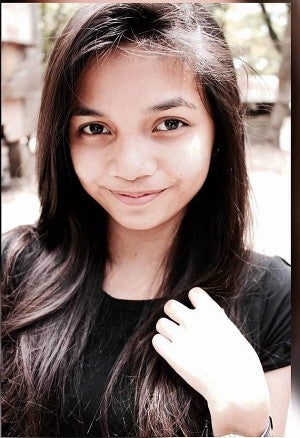 The college freshman, a quiet girl who planned to be an accountant one day, was alone in a quiet household in Lapu-Lapu City, after her parents and sister had stepped out for the daily routine of work and school.

Karen was looking ahead to a 10 a.m school exam in the University of San Carlos in Cebu City. She never made it out the door.

The teenager was found strangled on the floor of her bedroom, still dressed in a cotton duster.

Her father, James, a company electrician, returned home at 5 p.m. to Corinthian Subdivision in barangay Suba-Maslog. He said he found his daughter lifeless and stiff, with bruises on her face and neck.

He hurriedly carried her to to the Mactan Doctor’s Hospital, where the girl was pronounced dead.

SEXUAL VIOLENCE
Autopsy reports indicate Karen Kaye was choked to death. The possibility of sexual violence was raised by the presence of a laceration in her privates and a bloodstain in her underwear but there was no sign of penetration.

The crime triggered a flood of indignation online as schoolmates, friends and relatives demanded that the perpetrators be caught, and justice be served to Karen and her family.

The Office of Student Affairs of USC asked their students to wear black today and tomorrow to condemn Montebon’s murder. (See separate story)

Initial findings of the medico-legal officer of the PNP Crime Laboratory 7, showed that Karen died due due to “manual strangulation” where the perpetrator used bare hands to kill her.

The electric cord of a hair iron was found nearby but police could not determine yet if this was used to strangle her.

A lthough Karen’s mini iPad and DSLR camera were missing, no other valuables in the house were taken.

There was no sign of forced entry. Some living room furniture showed a change of position, but there was no disarray in the house, said the Lapu-Lapu city police homicide section.

COUPLE ON A MOTORBIKE
Police are looking into the possibility that Karen had opened the door to let someone in.

Some neighbors said they noticed a man and a woman on a motorcycle park past 7 a.m. outside the Montebon residence, a rowhouse unit in a middle-income neighborhood.

The driver, a man in his 40s, wore a full-face crash helmet and the backrider, was a petite woman in her 20s with long hair.

The unidentified couple knocked on the front door, and were apparently let inside, said Senior Supt. Armando Radoc of the Lapu-Lapu City Police Office. 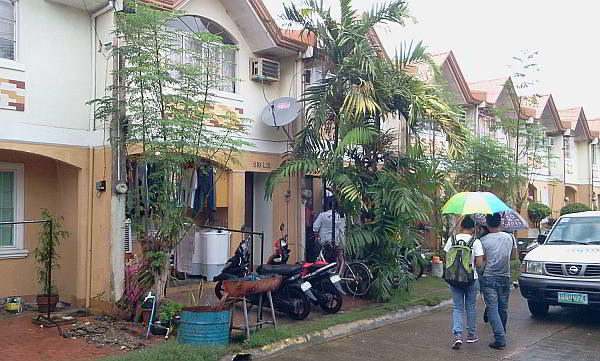 UNGUARDED. Police said neighbors didn’t notice any commotion at the home of Karen Kaye Montebon (left) at past 7 a.m. at the Corinthian Subdivision in barangay Basak, Lapu-Lapu City. The victim, a BS Accountancy student, was alone at home when she was attacked. (CDN PHOTO/NORMAN MENDOZA)

The motorcycle was no longer seen at the house at 9 a.m.

The subdivision has no closed circuit TV camera to give visual clues. Security guards didn’t record the arrival of any motorcycle riders in their logbook although the gate has a warning sign “No Entry” for those with no sticker or ID.

Senior Inspector Zenaido Pastorfide, chief of the Lapu-Lapu city homicide section, said his men are following up a lead but that it was not proper to disclose it.

He said police could not make a conclusion yet whether perpetrators’ aim was robbery, rape or some other motive.

Neighbors, who spoke on condition of anonymity, said they didn’t hear any commotion or barking of the family’s pet dog.

HOMEOWNERS ASSOCIATION
A day after the murder, the homeowners association of Corinthians Subdivision replaced the security guards.

Association treasurer Luzmary Macasaquit said they notified Bisda Security Agency that they terminated the services of the guards effective Tuesday due to security lapses.

Macasaquit confirmed reports that several homeowners had been victims of theft. Last month, a resident’s bike was stolen.

She said the guards left the entrance gate open most of the time, allowing anyone to enter unchecked.

The new guards were instructed by the association to just open the exit area for vehicles to enter and exit. As a policy, Macasquit said visitors would be allowed to enter only if a homeowner confirms that he or she is expecting them.

Her father James, who works in the Mactan Electric Company, described his younger daughter as the silent type who usually stayed home if there were no classes.

Karen wanted to become an accountant someday so she could help the family, he said.

The teenager was good with money matters, and would remind the family how to prioritize spending the father’s salary.

On the day of the crime, the father was at his job, mother Emelinda was attending a seminar while elder sister Diane, 21, was reporting for her internship at a hospital in Cebu CIty.

The parents and Diane left the household at 6 a.m.

Read Next
2 brothers nabbed for robbing tourists in Medellin