THE camp of presidential aspirant Sen. Grace Poe yesterday belittled the result of a survey conducted by the Pulse Asia Research Inc. which showed Davao City Mayor Rodrigo Duterte as the top choice among voters in Metro Manila.

“(T)he survey only covers NCR. There is more to the Philippines than Metro Manila,” Gatchalian said in a statement.

“Hence, at this point, the survey is inconclusive and not reflective of the sentiments of the country,” he added. 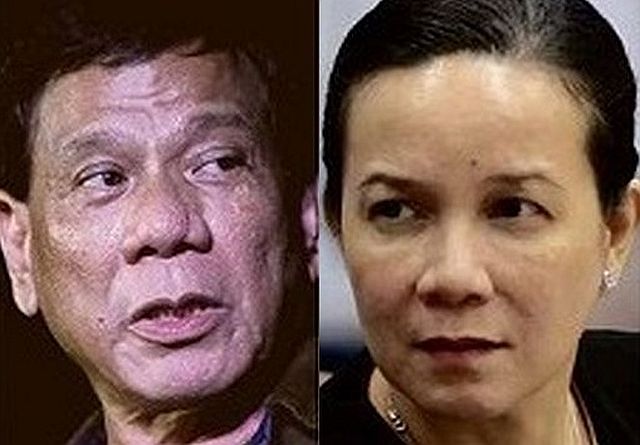 The Pulse Asia survey was carried out two weeks before Duterte took back his earlier pronouncements and decided to join the presidential race in the next year’s elections.

Poe, who had overtaken Vice President Jejomar Binay in top spot in the recent survey of voters’ preference for President Aquino’s successor,  was only second to the tough-talking Davao mayor in that survey.

According to Gatchalian, the survey would not affect Poe’s “resolve” to seek the presidency and to talk to the voters ahead of the May 2016 balloting.

“Surveys give us a snap shot of people’s sentiments at a given point in time. Sentiments change regularly depending on what message people hear,” he said.

“Our resolve is to contnue our drive to explain to the electorate Senator Poe’s advocacy of inclusive governance,” he added. “A government in which nobody is left behind.”

The chief of Partido Demokratiko Pilipino-Lakas ng Bayan (PDP-Laban) said the party was not behind the latest Pulse Asia survey that showed Duterte on top.

“Hindi ko alam. Basta ang PDP-Laban hindi nagko-commission, wala kaming pera,” he told a reporter asking who commissioned the survey, which was conducted from Nov. 11 to 12 among 300 respondents in Metro Manila.

Read Next
Grand Land to bring dusitD2 to Cebu