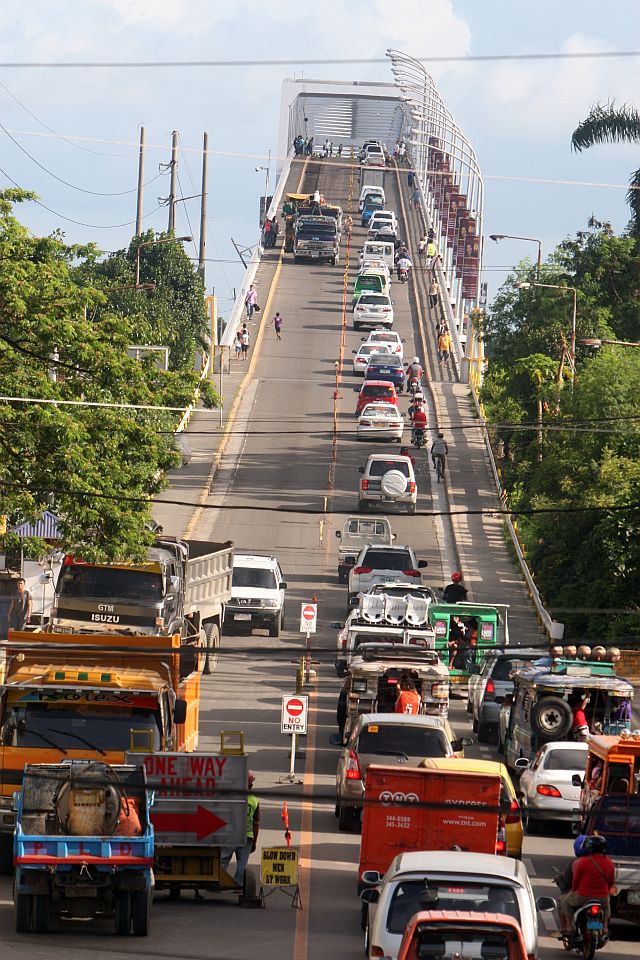 While still structurally sound, the first Mandaue – Mactan bridge needs to replace slabs that have been used since 1973. (CDN PHOTO/TONEE DESPOJO)

THE Department of Public Works and Highways (DPWH) 7 voiced concern over requests by local officials to delay the repair of the first Mandaue-Mactan bridge.

He said this would  only aggravate the damage caused by wear and tear.

(It really needs to be repaired. Try to go to the site and you will see cracks and some markings in the bars),” said Engr. Danilo Pasicaran, DPWH project engineer.
He said some steel bars are already corroded.

Engr. Pasicaran said the Japan International Cooperation Agency (JICA) recommended to their office to replace the slabs of the bridge because these have not  been replaced since 1973 when it was built.

He said the bridge is still structurally safe but  should be repaired as soon as possible.

Pasicaran said the contractor Jegma Construction was supposed to work on it last August but  the schedule of repairs got moved due to appeals of officials to give way to the Asia Pacific Economic  Cooperation (APEC) summit  held  in Cebu City and Lapu-Lapu City.

He said these repairs include setting up U-Turn slots under the bridge to help  traffic flow.

“Vehicles from Mandaue City and returning to Mandaue via UC- Lapu-Lapu Mandaue should pass under the bridge. We pushed for the removal of trees to allow the U-turn slots,” he said.

Pasicaran said they are still waiting for the response of the DPWH central office to the request of the Mactan Cebu Bridge Managment Board to delay again the repair until after the International Eucharistic Congress (IEC)  in January.