The Rain or Shine Elasto Painters took full advantage of a listless Talk ‘N Text squad in the fourth period as they pulled away late to emerge victorious, 104-89, in their knockout quarterfinal match in the PBA Philippine Cup last night at the Mall of Asia Arena.

The win meant that Rain or Shine will advance to the semifinals, where it will battle the second-seeded San Miguel Beermen in a best-of-seven series. 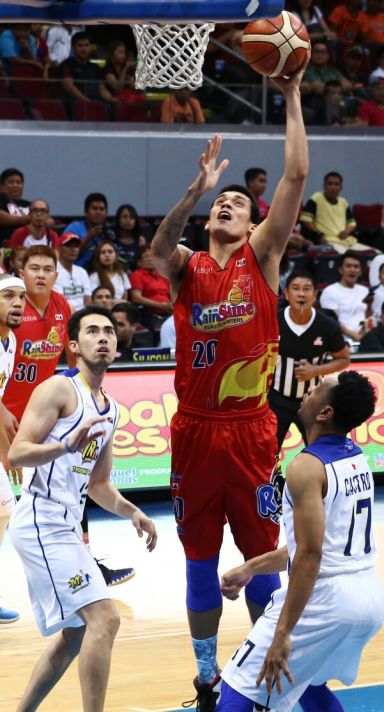 That much-anticipated showdown starts with Game 1 on Jan. 5.

The victory also gave the Elasto Painters the distinction of being the team with the longest active semifinal streak in the league. Rain or Shine has made it to the Final Four a record eight straight times.

And in typical Rain or Shine fashion, six different players scored in double-figures with lanky center Raymond Almazan notching a double-double of 15 points and rebounds. He also swatted away three shots that exemplified the team’s solid showing on the defensive side of the floor.

Rookie Don Trollano continued his fine play off the bench as he had 14 points capped by a steal and a coast-to-coast lay-up that raised Rain or Shine’s lead to a high of 21, 104-83, after starting the fourth in front by just nine, 84-75.

Jeff Chan scored 13 points, grabbed six rebounds, dished out three assists and had three steals in a stellar all-around effort even as Gabe Norwood, Jericho Cruz and Cebuano big man JR Quiñahan had 11 apiece. Rounding out the team’s top scorers was Maverick Ahanmisi who chipped in 10.